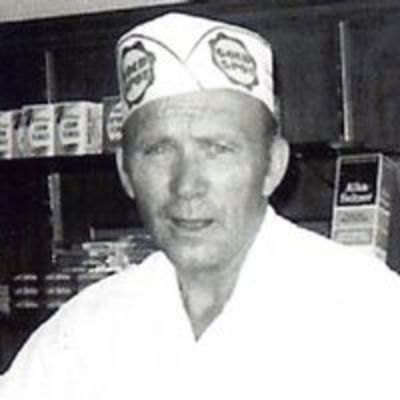 Robert Jarome “Bob” Williamson of Blackwell, Oklahoma, died Wednesday morning, November 14, 2018, in The Renaissance in Stillwater, Oklahoma, at the age of 103 years.

Robert Jarome “Bob” Williamson was born on December 4, 1914, in Batesville, Independence County, Arkansas, to Thomas Edgar and Ila (Gilmore) Williamson. He was named after his two grandfathers, Robert Calvin Williamson and Jarome Napoleon Bonapart Gilmore. Bob was the third of six sons.

As a young boy the family lived in several places, including Batesville, Sulphur Rock and Cabot, Arkansas. At the age of twelve, he moved to Perkins, Oklahoma, with his father and brother in a covered wagon and the trip took fifteen days. They arrived in Perkins on December 15, 1927, and the remainder of his family traveled in a Model-T truck. He attended IXL School before attending Perkins High School where he was active in football, basketball, wrestling and track. His last year of school he served as the school bus driver.

He met the love of his life, Arletta J. Gearhart at a freshman class chicken roast at Twin Lakes when he was 17 and she was 13. Several years later, on June 15, 1936, they married and in 2012 they celebrated their 76th anniversary. His wife preceded him in death in July 2013.

At the age of nineteen, he purchased his first business, a café in Agra, Oklahoma. He worked at many other jobs, including the Stillwater Milling Company, Blackwell Zinc Company, and Deep Rock Oil Company in Cushing. He also owned several other businesses in Stillwater, Blackwell, Tonkawa and Lamont. In 1950 he began Bob’s Grill in Blackwell. Serving Blackwell great food and wonderful pies for over twenty-five years before turning the business over to his son.

Bob loved to travel and took his family to visit 46 states when there were only 48 states in America. They also traveled abroad, visiting England and cruising down the Rhine River. Following retirement, the couple became full time winter Texans. They spent time fishing for flounder, walking the beach and visiting with friends.He was a member of the First Christian Church in Blackwell where he served as a deacon. He also held a lifetime membership in the Masonic Lodge. He became a Master Mason on December 20, 1948, and later received his fifty year pin.

A graveside service is scheduled for 10 a.m., Wednesday, November 21st in the Perkins Cemetery.