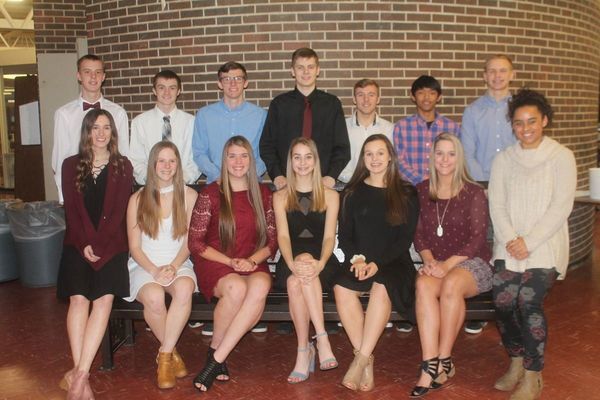 The Maroons will be hosting Newkirk, the girls game is set to start at 6:30 with the boys game to follow.

The Blackwell High School basketball teams got back into action last Friday night with a trip to Alva that saw the teams split their games.

The Lady Maroons jumped out to a 16-8 first quarter lead and led 26-20 at the half. The visitors then pulled away in the second half by outscoring Alva 21-15 in the final two quarters for the 47-35 win.

The Lady Maroons shot 43.6 percent from the field and held the home team to 37.5 percent shooting. Alva held a big advantage at the free throw line as they converted 14-of -20 free throw attempts, while the Lady Maroons were only 7-for-14 in the game. Blackwell was 6-for-15 from the three-point arc, while Alva was only 3-for-12 from the same distance. The rebounding battle was even at 20 for each team.

Madelyn Hankins led all scorers with 20 points on a very effective 7-for-11 from the field. Paige Scott chipped in with 11 points, four rebounds and five steals. Kailyn Greenhagen scored her nine points on 3-for-8 shooting from three-point range. Gracey Lang contributed four points and six rebounds in the winning effort. Cady Smith closed out the offensive statistics with three points.

There were 33 fouls and 43 turnovers between the two teams in the game. The Lady Maroons (6-4) will look to clean up those issues as they head for Enid this weekend for the always tough Wheat Capital Tournament.

The boy’s team dropped a 70-58 decision in Alva in a game that saw the home team convert 26-of-46 free throws, while the Maroons shot four free throws for the game. The Maroons kept the game close shooting 10-for-34 from the three-point range, while Alva was 6-for-15 from long distance.

The Maroons trailed 35-24 at the halftime break and could not close the gap in the second half, as each team would score 24 points in the fourth quarter and a final score of 70-58.

The Maroons (3-7) look to end their three-game losing streak this weekend as they travel to the Wheat Capital Tournament in Enid. The Maroons will open with Class 5A Woodward on Thursday.