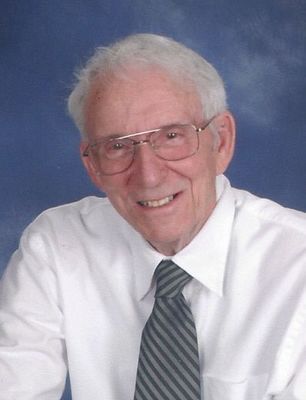 Ralph H DePriest was born on August 8, 1930, in Stella, Missouri, to Noel B. and Lenora (Moser) DePriest. He grew up in Anderson, Missouri, before moving to Caney, Kansas, where he graduated from Caney High School in 1951. Following his education he entered the United States Air Force in 1952 serving in the Korean Conflict as a camera repairman. While in the Air Force he married Margaret Baker in 1953 and they had two children, Debra Jean and Michael Wesley and made their home in Bartlesville. Following his honorable discharge in 1956, he returned to Bartlesville and continued working for Phillips Petroleum Company. He later received training in heating and air conditioning, as well as various home appliances. Upon completion of his training in 1957, he began working for Sears and Roebuck as a service technician. He worked for Sears in Bartlesville, Springfield, Missouri, Blackwell and Ponca City where he retired on August 31, 1993.

He made Blackwell his home in 1966 and in 1973 he married Sharon K. Mumma and his family increased with the addition of her children, Mark Wayne and Rebecca Ann. He was a member of the First Christian Church, the Veterans of Foreign Wars and the Blackwell Lion’s Club. He enjoyed riding motorcycles and was a member of the Sooner Riders Club. He loved visiting and caring for his grandchildren and participating in their various activities. He had a fondness for animals and had several cats as pets throughout the years. Ralph also enjoyed repairing household items, working on cars, and would tackle any type repair, no matter how daunting the task.

He was preceded in death by his parents; a sister, Betty; two brothers, Billy and Nelson; and a granddaughter, Joni.

Services are scheduled for 10:00 a.m., Saturday, February 2nd in the Roberts and Son Funeral Home Chapel with Rev. Jeff Koch of the First Christian Church officiating. Burial will follow in the Blackwell Cemetery with military rites performed by the United States Air Force.

A memorial has been established in his honor with the American Heart Association in c/o Roberts and Son Funeral Home, 120 W. Padon, Blackwell, Oklahoma 74631.