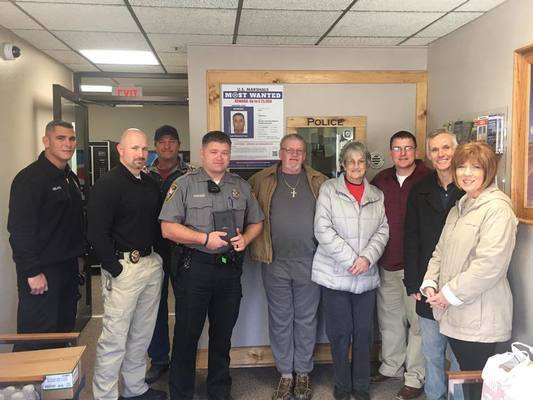 The Blackwell Police Department had 3,542 traffic stops and 380 arrests in 2018, according to the year-end figures presented to the Blackwell City Council by Chief of Police Dewayne Wood.

Wood read the police department's annual report to council members during their regularly-scheduled meeting on Thursday. The report compiles statistics and records from the current year and compares them to years prior as a way to “mark progress,” according to Wood.

Wood began the report by thanking city leaders for their support of the department during 2018.

“I want to say thank you to Mayor T.J. Greenfield and the rest of the City Council, along with retired City Manager Chip Outhier. Your support of good wages and benefits, along with great equipment and training, make Blackwell a great place to work and an easy place [for officer recruitment],” he said. “I look forward to working with new City Manager Janet Smith who, in her short time here, has already displayed her support for law enforcement and has shown she truly cares about her staff.”

“We had a lot of experience walk out the door in 2018,” leaving the department with “some tremendous shoes to fill,” he said.

Wood said the department had several notable events in 2018, including:

The department's involvement with the Chamber of Commerce's career fair

The murder at Best Way Inn, which was worked in conjunction with the Oklahoma State Bureau of Investigation, the Kay County Sheriff's Office, and the Kay County District Attorney's Office

The addition of Luis Frias to the U.S. Marshal's Top 15 Most Wanted list, and his subsequent capture last week.