Cap's Corner: The church isn't trying to "ban" anyone 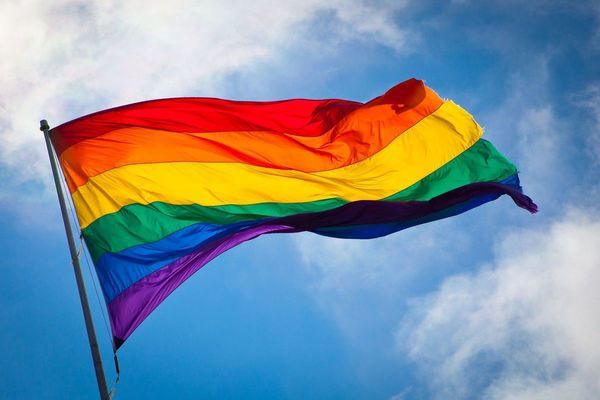 The United Methodist Church has been in the news lately, and I wanted to try to help some of you understand what has just happened.

You may have heard people talk about how the “traditional” plan was passed at our special General Conference, which had been called to answer the question of human sexuality. Specifically, it was meant to address gay clergy and gay marriages.

For over 2000 years, the Christian church has never accepted either one. But our culture in the past 30 years has shifted, and we have accepted gay marriages and gay relationships. At no time has the United Methodist Church ever accepted gay marriages or gay clergy. With that said, we have always said that we truly believe in the value of all humans, and that everyone should be treated kindly and with respect.

Some of you may wonder why the church has not been accepting of gay clergy and marriages. The root of all of this can be found in the Bible. You see, there are several places -- both in the Old and New Testaments -- that inform us that homosexuality is a sin. In a couple of places, it is described as an abomination to God.

Over the past few decades, this interpretation has been subjected to many different arguments. There are way too many of them for me to mention them all here, but it will suffice to say that doubt was created. Over the past few years, more and more people have either decided the old interpretation was wrong or that the authority of scripture has been slowly peeled away until there is little or no authority left in the Bible.

This is the backdrop of what has been going on these past few decades, but now I want to enlighten you as to what has happened within the United Methodist Church over the past couple of years.

I should mention that the United Methodist Church is about the only protestant church that guarantees an ordained minister a job. The unintentional consequence of this is that many non-Methodist people who have felt God call them into ministry choose the United Methodist Church because of economic reasons and not theological ones. This is true on both sides of the theological extremes (charismatic and liberal). This means we have ministers whose hearts are not of Wesleyan background or theological foundation.
Since the early 1970s, at every General Conference (a meeting that takes place every four years), this issue of homosexuality has come up. The General Conference is the only voice that has the authority to speak for all United Methodists worldwide, and it is the time and place where we come together to look at and possibly change some of the things we do or even believe in.

Every ordained pastor has to take a vow to every United Methodist and to God that he or she will follow the agreed upon governing policies of our church. These policies are shaped at General Conferences and are laid out in The Book of Discipline.

The issue of homosexuality has been a battle for a long time coming. In the early 1970s, there was not much support for it. But as the years advance -- and our culture changes in the United States -- support for homosexual clergy and marriage has gained in popularity with our more progressive brothers and sisters. (Remember that it has only been our culture that has changed. The Methodists are a worldwide church, and in many places, this change has not been forthcoming.)

I want you to think about this for a moment. These men and women intentionally broke their vows -- their word to us and to God -- because of this issue. I understand that their conscience was demanding them to take a stand. I could agree with them if -- and only if -- The United Methodist Church was the only church in the country. But we are not. There are many other churches and denominations that accept homosexual marriages and clergy.

So, their conscience was so strong that it led them to take a stand, but it was not strong enough to make them honor their own vows. They could have left and gone to a church that is “open and affirming,” or they could have honored their vows and stayed within the UMC to fight from within for a change.

Everyone is talking as if this “traditional” plan somehow, someway changed the United Methodist Church. It didn’t! Again, we have never accepted homosexual marriages or self-proclaimed active homosexual ministers.

So, are Methodist haters? Not at all. Of course, it is easy to identify “welcoming people” as a group that is loving, but so is the traditionalist group. Put yourself in their shoes. If you truly do believe that the Bible is the Word of God -- and that it has authority within our spiritual journey as individuals and as a church -- what is one going to do about this issue? The Bible states it is a sin, and if the Bible is your source of spiritual authority, what is one to do?

For traditionalists, this could be a salvation issue. If you are committing a sin -- and not asking to be forgiven -- it might have an impact on your salvation, right? Everyone knows that we are to ask for forgiveness from God when we sin. But if someone is telling you that what you are doing is not a sin, even though the Bible says it is… . Well, it takes a lot of courage to be able to stand up against cultural pressure and speak the truth. Of course, that is their truth, and you can accept it or not. But understand that traditionalists speak the truth not in judgment, but in love. They love you enough to say it.

So, this “traditional plan” that everyone is talking about changes nothing.

All it did was reaffirm what we have been saying from the beginning. We are not placing a new “ban” on anyone.