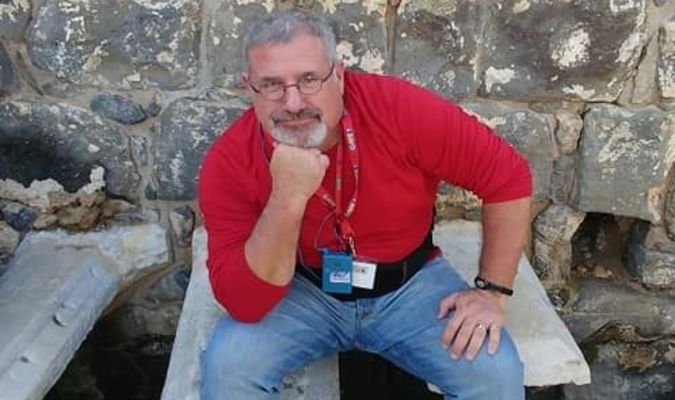 As many of you know, I recently returned from an incredible trip to Israel. This trip was made possible by the Knights Templers. Even though I am not a member, the Knights Templers for the past 42 years have been sending people to the Holy Lands – mainly pastors. They believe that a minister will be a better minister once he or she has experienced the Holy Lands, and they are so right.

Because of their long history of conducting tours, the Templers have been able to grow relationships with companies and people in Israel. That made a big impact on the quality of my trip. Our guide became much more than a guide to all of us; he became our rabbi.

I have had several people ask me what I learned from this trip. To tell you the truth, my mind is still swirling from all of the information I received. I suspect that for weeks, months, and even years, I will be gleaning more and more insight into the Bible and into my own spiritual journey because of this trip.

With that said, I would like to impart a few take-always that I have already noticed from my trip.

First, I learned that it is much more difficult for one to accurately say that he has walked the very streets that Jesus walked. There are several reasons for this. The place may have been destroyed and rebuilt, and there may have been reconstruction and updating in that part of a town over the past 2,000 years. Almost everything that was around 2,000 years ago is buried underneath 2,000 years’ worth of debris.

Take the walls around the Old City of Jerusalem for example. Those are not the same walls that existed when Jesus walked the streets of Jerusalem. Those walls were rebuilt in the 1500s by the Ottoman Turks. This is not to say that most of those walls are not sitting on top of the foundations of the old walls, and so one can at least see where the walls were – except for the fact that the two men in charge of rebuilding those walls made a mistake and cut out about 1/3rd of what was once inside of the walls of Jerusalem. They never made that mistake again: they were killed as punishment.

I point this out because I had to readjust my thinking when I got over there. I wanted to walk the same roads, touch the same bricks, and see the same sights as my Lord would have. But that is harder to do than I previously thought. Now, there were a few places I went that had been preserved: some had been dug up, and we can say with a high degree of certainty that Jesus had been there. “He walked along those steps” or “He had walked through this very gate,” read the markers. While this was interesting, I discovered that, to my surprise, it didn’t really matter.

Sure, those places had a greater impact on me in some ways. But what I discovered is that just being over there – walking in the very cities and countrysides that Jesus had – brought me closer to Jesus than any particular spot. For eight days, I got to live in His world. I smelled the same salty air in Joppa that Jesus would have smelled; I felt the same wind blowing on top of Mount Carmel that Jesus would have felt. The list goes on and on.

This trip made Jesus so much more human to me than he had ever been before. How often do we have the tendency to focus more on the divine of Christ and less on the humanity of Jesus? Here – in Bethlehem, Nazarene, Jerusalem, and the countrysides – I found the very human Jesus. When I walked up hills and found myself “winded,” I could not help but picture Jesus breathing a little more heavily. He did not fly up those hills; he had to walk. He struggled to negotiate that same rocky terrain. That’s right: Jesus had struggles. I found great comfort and humility in that knowledge.

Jesus had struggles. I have struggles. Jesus got hurt. I have been hurt. Jesus lost his temper at times. I have lost my temper at times. During my last night there, I stubbed my little toe, and I am willing to bet there were times when Jesus had stubbed his toe. I fully believe that God came to this world in the form of Jesus to not only allow Him to be sacrificed for our salvation, but also to experience fully what it means to be fully human.

Perhaps the number one take-away from the trip for for me was what I call the Holy Bookends. Under the Dome of the Rock on the Temple Mount is the exact spot where Jews and Christians believe that Abraham was going to sacrifice his son Isaac (the Muslims believe it was Abraham’s other son, Ishmael). It was here where God first made a covenant with humanity that would eventually lead to its salvation. Just a few blocks away – and 2,000 years later – that covenant was fulfilled with the crucifixion and resurrection of Jesus the Messiah. That’s a pretty cool take-away!