Cap's Corner: A lesson on respect and equality 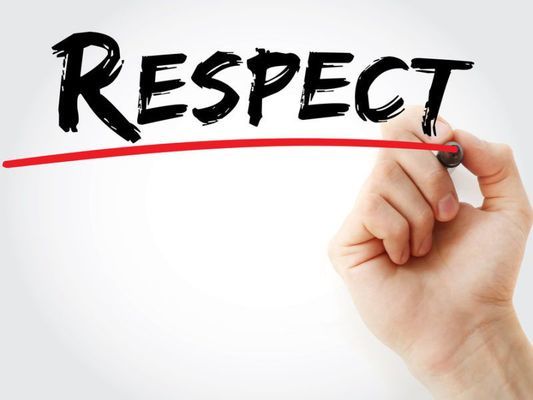 With emotions choking his voice, he told me that my grandfather was, in his opinion, the greatest man he had ever had the honor of knowing. He went on to tell me why. He told me that when he worked out there, he was in charge of the laundry. This was many years ago, when the state hospital had many, many buildings filled with many patients. That meant a lot of bed sheets needed to be washed every day.

This man explained to me that he knew his position in life and at the state hospital. He was a high school graduate that got a job right after graduation, and he knew that he was just a small part of what went on out there. He was no one of importance. He was not a nurse’s aide or a nurse, and he certainly was not a doctor. He was just one man with limited schooling doing a job.

That was his understanding of himself and his world – until Dr. Huff became the superintendent. By then, this man was in charge of the laundromat for the hospital. No nurse, no doctor, and certainly no superintendent had ever walked into his office before and asked him if there was anything he needed to perform his job. But Dr. Huff did on his first week as the new superintendent.

“Your grandfather walked from his office, in a completely different building, to my office every month to check in to make sure I had everything I needed to do my job. And he never called by my first name, but he would call me Mr. Johnson. Imagine that: A doctor, my boss, calling ME Mr. Johnson.” My customer continued, “Your grandfather treated me as his equal. He treated me with respect, but it wasn’t just me. He treated all of us as his equal. I never knew what a gentleman was until I met your grandfather.”

As I remember this story, I cannot help but to think about Matthew 7:1-2, which says: “Do not judge, or you too will be judged.  2  For in the same way you judge others, you will be judged, and with the measure you use, it will be measured to you.” Today, we all too often get so caught up on that word “judge” that we fail to see the true meaning here.

This is the golden rule. Jesus is not just telling us not to “judge,” but he is telling us how to treat each other; the way we treat others is the outward expression of how we judge each other. But, for too long we have only focused on that word “judge.” We use this to tell others to accept our behavior, to tolerate our lifestyles, and to stay out of our business.

None of us like to be judged. Being judged by someone makes us feel as if that other person thinks they are better than we are. Now, in a court of law, everyone has to stand when the judge comes in. But the judge gets to sit on the best chair with the highest back, and he sits on a raised platform. So, we feel that they are better than we are when we are judged by them.

Jesus is not telling us that we should not hold each other accountable, but that we should hold each other accountable in the spirit of equality. I am not better than you or anyone else. I know that I have faults and that I make mistakes. I pray that you, as my equal, will help me be a better person by pointing out those faults and mistakes to me with love.