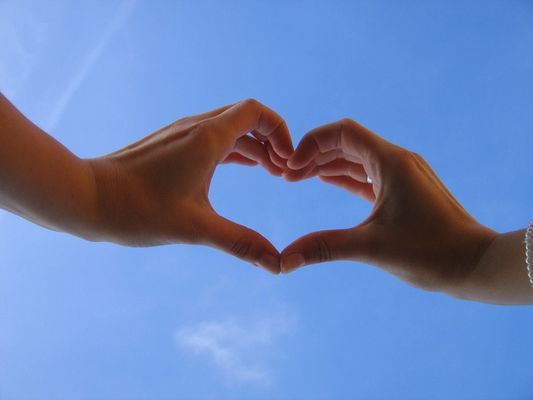 I remember those awkward and often times scary years of dating as a teenager. The uncertainty of what to do starts with that first call to ask the girl out. When she answers the phone – and I pray she answers the phone and not her mom – do I say my first and last name, or will she know me if I just tell her my first name? Will she say no? Will she laugh at me? Will she tell her friends and will they all be laughing at me? What if she says 'yes' to a date with me? What do I do then? Do I pick her up or meet her? Do I try to kiss her in the car or after I walk her to the door? What if she doesn’t want to kiss me? Ugh!

Teenagers will go through many relationships. You are trying to discover who you are and what you want in a boyfriend or girlfriend. Unfortunately, some of those relationships can become very unhealthy and even abusive.

Times have certainly changed since I was a teenager, but the human condition has not. There is still a lot of uncertainty that goes into being a dating teenager. There are many unsafe and even harmful things that can take place in a relationship. We need a place where our teenagers can go to get training on how to identify what is acceptable behavior and what is not. In Blackwell, last Wednesday was that time, and the event center was that place.

Last Wednesday, I had the pleasure working with the Kaw Nation Family Trauma Healing Center and the Blackwell Police Department to put on an event called “Love Respects.” This event is designed to help educate our teenagers on healthy dating. What an education they got!

First off, we had around 115 teenagers there. As they signed in, they got a free T-shirt and a goody bag full of neat stuff. We also had pizza – lots and lots of pizza. Eighty-four pizzas were delivered, to be exact.

The program started off with an opening prayer, which was followed by the meal. We had some drawings for gifts, and then we had our first guest, Haley Curfman, spoke. She gave her testimony of what it was like dating a man who was verbally and emotionally abusive. She explained how, at first, this man was like a gift from God. He was just so perfect … even too perfect. In time, he started to show his true character, and the emotional and verbal abuse began. Of course, after one of those terrible moments, he would become so attentive to her and so sweet to her that she would begin to think it was her fault. Somehow, she was responsible for making this godly man – this perfect man – act so terribly, she told herself. It took a long time for her to realize that she was involved in an abusive relationship.

You would think being in an abusive relationship would be very obvious. And it is – for everyone except the one who is in love with the abuser. Loving the one who abuses you is one of the most difficult truths a person can face. Thank God, in time, Haley did just that and faced that truth of the man she loved.

John spoke not only about the legal ramifications of these acts, but also of the social and long-term impacts of using the internet inappropriately and/or illegally. Something you do or say online as a teenager can and often will follow you for years to come. Almost every job that you apply for now has someone checking you out on social media and on the internet. Any college you apply for will have someone doing the same thing, and heaven forbid if you run for a public office. You know darn well there will be people searching you out online and in the social media world. If you did something online that was reckless, stupid, or illegal as a teenager, it will follow you for the rest of your life.

The Kaw Nation folks then had the kids play some games to help teach them what is acceptable behavior and what is not. Even in their goody bags, there were many things to help educate them. They had a quiz to see if you are a good partner and a relationship spectrum chart. But maybe the most important item was information about a free app called “circleof6.” This app helps you communicate with your closest six friends and family members while you are on a date. This will help you stay safe and prevent violence before it happens, and that was truly what this whole event was all about.

This was the first year the Kaw Nation has presented this program to our children in Blackwell, and I pray that this will not be the last. This is very important information, and if they decide to do this again next year, I would like every parent, teacher, councilor, and adult in a teenager’s life to encourage our teens to go to the next one.

We might be from the small and poor town of Blackwell, but that does not mean we have to have our children abused in any form. No child, no teenager, and no adult should ever have to be abused by anyone, even those that they love. Here is a resource that will help us protect each other and ourselves from abusers.

No longer will we stand by, no longer will we be silent, and no longer will we do nothing. With the help from Kaw Nation, our police force, and the many people in our community who are willing to do something about abuse in our town, we can make the difference. We can stop the abuse! If anyone is suffering from an abusive relationship, no matter what that relationship is, please contact Kaw Nation Family Trauma Healing Center at 1-580-716-8156. If it is an emergency, call 911. If you want, you can contact me at 580-363-4080.

No one deserves to be abused by anyone for any reason!