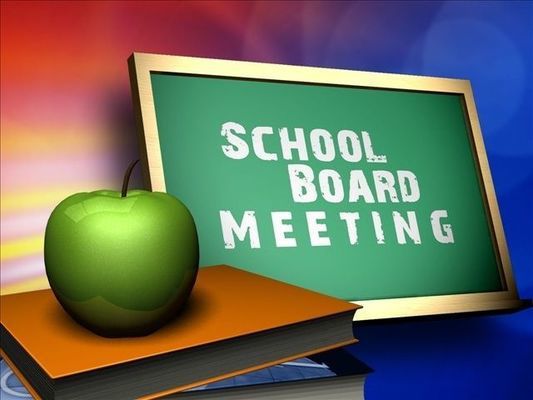 The Blackwell Board of Education has appointed new board officers and has called for a special meeting to be held in order to discuss the conduct of district personnel.

In the meeting held Monday night, the board completed its annual reorganization procedures. Kathleen Brown was voted in as board president, Phil Green as vice president, and Doug Hodges as board clerk.

Each appointment was approved by a unanimous vote. Board members Brown, Green, Hodges, and Angie Price were present at the meeting. Stacey Husted, who had served as president during the last year, was not.

When Superintendent Rick Riggs solicited bids for the district's auditing service on March 5, Jenkins & Kemp was the only state-approved auditing firm to respond to his letter, he said. Brown replied that she had spoken to another firm that “was working on” submitting a bid.

The item was tabled by a unanimous vote and will be discussed again at the next meeting.

After voting to table the audit, district principals presented monthly reports from their schools. Each report dealt with state-mandated end-of-year testing.

In highlights from the reports, Blackwell Elementary School Principal Melissa Moore announced that enrollment for Pre-K will begin April 29. Parents of students who have not attended Blackwell Public Schools before will need to obtain an enrollment packet from BES. They will also need to provide their child's birth certificate, shot record, and Social Security number. The family will also need to provide proof of residency, which could be a municipal electric or water bill. Moore asked that parents fill out and return the packets by May 10. For more information, contact the school at 580-363-0118.

Following the principal's reports, Superintendent Rick Riggs updated the board on the district's roofing projects at Blackwell Middle School and Blackwell High School. Project contractor American Roofing, a Ponca City-based company, has submitted a change order in the amount of $238,945.04. Their original bid was $691,000, bringing the new total for the project to $929,945.04.

The change order was made after contractors found additional damage below the roof's surface, Riggs said. Roof-decking had rusted through, leaving large holes and weakening the structure. Another main component in the roofs – tectum – had been severely damaged due to years of neglect.

The district's three-year-long roofing project is in its second phase and has cost $1.3 million so far, a number that may increase if more damage is found. The first phase totaled $416,000, and the district paid $213,000 of that total. That cost includes all of the engineering fees, which are equal to 6 percent of the total cost of the project. The district's insurance provider paid the remainder under its 50/50 deal with the district.

But paying for the second phase may not be as simple. Now that a change order has been submitted, Riggs said he isn't sure whether the insurance company will cover half of the original bid or half of the new cost. Without the change order, the district is responsible for $345,500.

After hearing from Riggs, the board convened in executive session. Upon returning, the board accepted the resignations of BES teachers Sherri Eakins and Samantha Cordell.

The final action taken by the board at the meeting came as new business. When asked if the board had any new business, Green made a motion to hold a special board meeting “to discuss in executive session the actions of district personnel.”

The board voted 3-1 to approve the meeting. Brown, Green, and Hodges voted to pass the motion, but Prince voted against it.

The meeting will be held at the district's central office Thursday, April 25 at 6:00 p.m. No further details are available at this time.