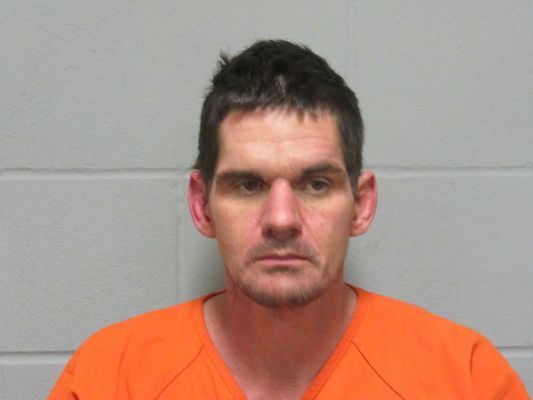 The Kay County District Attorney’s office has charged a Wichita, Kansas man with first degree murder for his involvement in the overdose death of Josi Lashell Misak, 35, of Wichita at the Econo Lodge Hotel. Joshua Franklin Lehman,38, was charged after Misak passed away on March 7 from an incident on Feb. 27 at the hotel.

According to the court affidavit filed by the Blackwell Police Department, a call was made about a female later identified as Misak not responding at the Econo Lodge Hotel in Blackwell. The BPD along with Blackwell Fire Department and EMS responded to the hotel.

It is alleged in the report that Lehman was on the floor with Misak holding her head, although Misak was unconscious and breathing very shallow and she was turning blue. Lehman told the officers that Misak had taken some heroin.

The BPD started administering doses of NARCAN for the opiate overdose. The BPD reported that a total of seven doses at 4mg each was administered to Misak in the hotel room.

Blackwell Fire/Ems eventually transported Misak to the Blackwell Regional Hospital Emergency Room and eventually was moved to the Wesley Medical Center in Wichita were Misak passed away on March 7.

The affidavit alleges that the BPD found a 1cc syringe with needle attached and loaded with a brown substance believed to be heroin on the nightstand on the south side of the bed. Lehman allegedly admitted to investigators that he and Misak were heroin users. Marijuana was also found in the room. After further questioning, Lehman turned over a clear plastic container and metal spoon that allegedly contained balls of black tar heroin weighing approximately three grams. The search of the room also found a rubber, purple in color, EVOLAB cannabis extract container with a piece of a white plastic bag containing a crystalline substance believed to be methamphetamine in the container.

The affidavit outlines the events that led Lehman and Misak to Blackwell on Feb. 27. The couple had left Wichita and Lehman told investigators that they were headed to Arkansas to get married and then to Washington state for a job. The couple had stopped in Braman at the Southwind Casino and gambled all night. Lehman and Misak made it to Blackwell and rented a room before proceeding to Arkansas. Lehman allegedly told investigators that he purchased six grams of heroin for the trip.

A warrant search indicated that Lehman was wanted in New Mexico for Auto Theft and Criminal Damage To Property with a $20,000.00 cash bond. Lehman was arrested and booked into the Kay County Detention Center on the New Mexico warrant.

Investigators met with Lehman on the morning of March 7 and read his Miranda rights to him. During the recorded interview, Lehman walked investigators through the events that led up to the alleged overdose in Blackwell on Feb. 27. Lehman admitted to being a heroin addict and purchased a larger quantity than normal for the trip to Washington. The defendant stated he injected heroin numerous times throughout the night. Lehman stated he slept off and on in their vehicle at the casino until approximately 11 a.m. on Feb. 27 when they went to Blackwell.

Lehman told investigators that he was asleep when Misak woke him up complaining of being sick. Misak at some point stopped breathing and Lehman called 911 for assistance. Lehman told investigators that could not remember who mixed the heroin in the syringe on the nightstand, but he believes Misak did. Lehman indicated in his statement that Misak had also taken Xanax and the methamphetamine in the nightstand was used by the victim, Misak.

Misak passed away on March 7 after being removed from life support by her family in Wichita. Lehman is still in the Kay County Detention Center and will have another hearing this Friday at 10:30 a.m.

What YOU need to know about Blackwell's Ambulan...

Manhunt will continue throughout the night; sus...