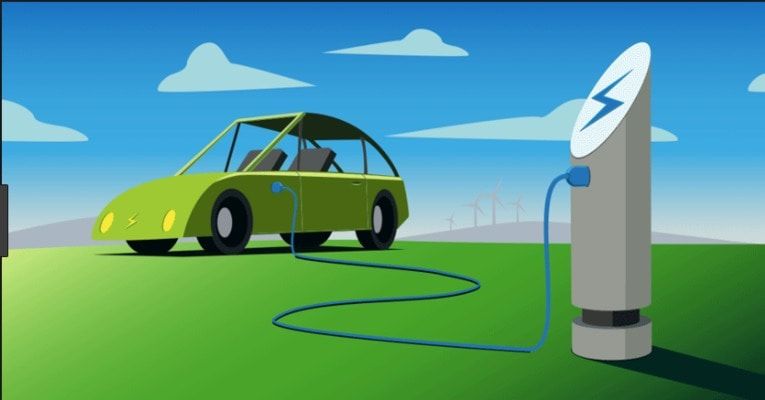 The growing number of electric car drivers have two reasons to stop off in Blackwell, Oklahoma: an electric-vehicle charging station located on 44th Street and another one to be built soon on Doolin Avenue.

The city of Blackwell has announced that two EV charging stations will open in the city limits this year, a move that City Manager Janet Smith said will keep the community “ahead of the curve” in the burgeoning of electric vehicles.

The first station is located at Casey's General Store, which opened up shop at the corner of 44th Street and Doolin Avenue in late 2018. The store, located off of Interstate 35, will boast four quick-charging ports for electric automobiles. It is expected to open soon, officials say.

The second station will be located at 400 West Doolin Avenue on property owned by the city of Blackwell. The property will be leased to Francis Solar, a Tulsa-based green energy company that specializes in EV charging.

The project comes at no cost to the city, as all labor and materials involved in the project will be paid for by Electrify America, a subsidiary of Volkswagen. The group was formed as part of a settlement with the federal government over the company's diesel emissions scandal, which affected cars made by the company between 2009 and 2016.

According to an October 2018 article on AutoWeek, the automaker “will pour $2 billion over the next decade into developing a nationwide web of fast chargers” that may be used by electric vehicles of all makes and models.

Under the terms of the city's agreement with Francis Solar, the company will buy electricity from the city of Blackwell, and the company will pay a $10 per-year lease for a period of 15 years. The contract between the company and the city can then be renegotiated and renewed.

“The company will become our utility customer, and the city will supply electricity for the site,” Smith said.
Once the chargers are on, Blackwell's chargers will be added to online maps for use by drivers. The maps can be found on websites built to inform electric vehicle drivers of charging locations.

Smith said Blackwell is a good location for the chargers because of its close proximity to Interstate 35, one of the largest and busiest highways in the United States.

The locations of Blackwell's chargers are placed near restaurants and other businesses. Some vehicles can take up to one hour to charge, so being near restaurants gives drivers somewhere to sit down, grab a bite to eat, and stretch their legs – and support the local economy, Smith said.

Smith said construction is expected to begin soon on the Doolin station. The station owned by Casey's –which is not affiliated with the city's – has already been built.