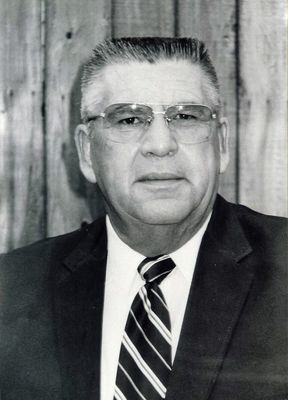 Roger Lee Sixkiller of Blackwell, Oklahoma, died Thursday morning, April 11, 2019, in the Blackwell Regional Hospital at the age of 82 years.

Roger Lee Sixkiller was born on July 16, 1936, in Stillwater, Oklahoma, to Hiram Abif and Georgia (Doolin) Sixkiller. They lived in various communities in northeastern Oklahoma while his father worked in the construction business. In 1940 his father’s job moved them to Texas until the conclusion of World War II. Following the war, the family returned to Stillwater where he graduated from Stillwater High School in 1954.

He furthered his education at Panhandle State University in Goodwell, Oklahoma, where he was a member of the varsity football and basketball teams. In 1956, Roger traveled to Delaware and entered the construction business. While in Delaware he met Marlene C. Olin and they were on September 21, 1957. Following their marriage they couple returned to Stillwater where they lived until 1960 when Roger entered the United States Navy.

While in the military he worked in weather service and was stationed in Newfoundland where his wife joined him for two years. He was later assigned to the USS Wasp in Boston, Massachusetts, and continued working in weather service. He also participated on the Quanset Point baseball team. Following his discharge, he returned to Stillwater and began working the wholesale business field. In 1970 he joined the Oklahoma Highway Patrol and was stationed in Blackwell until his retirement in 1986.

Following retirement, the couple moved to McAlester, Oklahoma, where they cared for his father. They later returned to Blackwell and his wife preceded him in death on October 29, 2004. Upon her death Roger moved back to McAlester for a short time before making Blackwell his home. He was a member of the Oklahoma Retired Troopers Association, the Grand Lodge of Oklahoma AF & AM, the Newkirk Lodge #88 and a proud member of the Western Nation of the Cherokee.

He was also preceded in death by his parents; and a son, Johnny Sixkiller.

Services were scheduled for 2:00 p.m., Monday, April 15th in the Blackwell Church of Christ with Lanny Jobe officiating. Burial followed in the Blackwell Cemetery with honor guard provided by the Oklahoma Highway Patrol.

In lieu of flowers, the family requests that donations be made in his honor with the Blackwell Public School Foundation in c/o Roberts and Son Funeral Home, 120 W. Padon, Blackwell, Oklahoma 74631.