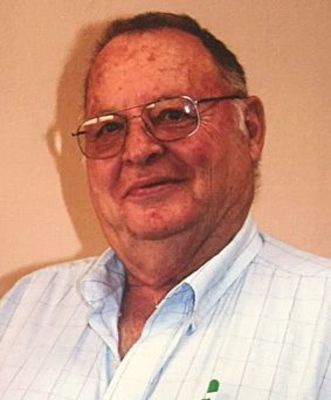 James Eugene London Sr. of Blackwell, Oklahoma, died Monday morning, April 22, 2019, at his son’s residence in Wichita, Kansas, at the age of 82 years.

James Eugene London Sr. was born on March 18, 1937, in Blackwell to James C. and Scyke (Cook) London. He grew up in Blackwell and attended Blackwell Public Schools graduating with the class of 1956. Following his education he began working for Boeing Aircraft in Wichita, Kansas. On June 1, 1958, he married Alyce Faye Burke in Ponca City and they settled in Oklahoma City for six months before returning to Ponca City to make their home. They later moved to Blackwell where he worked for Turvey Packing Company. In 1972 he began working as a roustabout for the Dave Morgan Oil Company until 1981 when the company sold and became HODCO Oil. In 1989 he worked as a roughneck for Mendenhall Drilling Company until his retirement. His wife preceded him in death on March 25, 2007, and he continued to make Blackwell his home until ill health forced him to move to Wichita.

He is survived by three sons, Keith London of Wichita, Kansas, and James London Jr. and Jon London both of Billings; three grandchildren; and four great grandchildren.

He was preceded in death by his parents; and a sister, Mary Lou Roland.

A memorial has been established in his honor with the Billings Fairchild Center in c/o Roberts and Son Funeral Home, 120 W. Padon, Blackwell, Oklahoma 74631.