Game of Thrones Season 8: Love and death are in the air 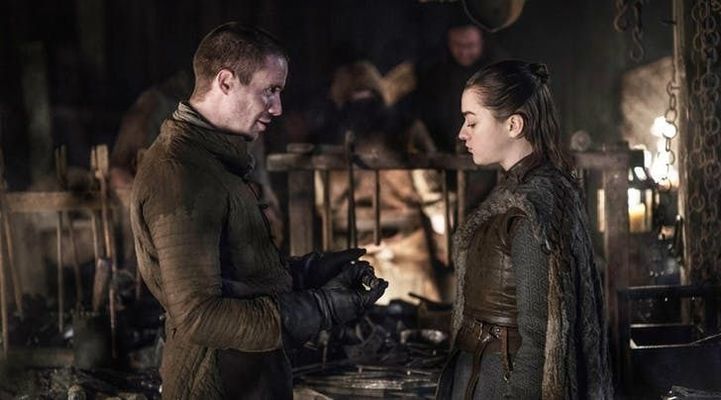 The second episode in the final season of HBO's “Game of Thrones” aired this past Sunday night and lets just say that stories of Americans young and old crying the day John F. Kennedy was assassinated are nothing compared to what was happening in my room as the credits rolled and the Battle of Winterfell began.

Adapted from the never-finished “A Song of Ice and Fire” novels by George R.R. Martin, this final season finds our struggling heroes preparing for the ultimate battle between good and evil against The Night King who, with his army of undead ice zombies, seeks to plunge the world into The Long Night.

But first, before bodies start dropping and hashtags start firing, we get one last calm for series OG writer Brian Cogman to assault our feels (and hormones) with one last character-focused episode.

Sunday's festivities began with Jaime Lannister standing “trial” by Mad Queen Daenerys Targaryen who wanted nothing more than to burn our blonde villain-turned-hero to ashes, but he was saved by character witness Brienne of Tarth who noted that Jaime had saved her from the hands of rapists and murderers. Sansa Stark, defacto head of Winterfell, took Brienne's side which of course didn't please Daenerys. I have to say it was weird that the writers didn't give Jaime more to say in regards to his murder of Dany's late and equally sadistic father, The Mad King Aerys Targaryen, but I have a feeling there's a deleted scene or two there.

Anyway, Dany went to talk to Sansa and this was the first time in the episode that actress Emilia Clarke is allowed to put those wildly expressive eyes and thick brows to a really wonderful use as Sansa is asking her if, after the war is over and Dany takes The Iron Throne, if the North will be allowed to stay free. Clarke's feral gaze and trembling hand hints at something terrifying, and we're told through her body language that if she can't control every inch of Westeros, she will bring her dragons down on any that oppose her.

One stand-out scene was the knighting of Brienne, and the completion of her character arc. Jaime knights her under The Seven, and the tears in her eyes from actress Gwendoline Christie are some of the most genuine ones I think I have seen in the series history. Afterwards, her squire Podrick Payne begins to sing “Jenny's Song”, a hymn from Martin's novels, about a young woman in a desolate castle who dances with the ghosts of her lost lovers. It is beautiful in execution and content, and I'm nearly in tears right now just thinking of it.

Young Arya Stark takes this final night to lose her virginity to Gendry, consummating a relationship that has been kindling since Season 2. This scene, while HYPE AS ABSOLUTE HELL, was also tragically sentimental as book readers and astute show-fans will remember Arya Stark being almost a reincarnation of Eddard's late sister and Jon's mother Lyanna. Gendry, the bastard son of King Robert Baratheon, is very much a young Robert. Together, they fulfill a relationship written in stars and blood as Lyanna was Robert's true love, and the object of his desire until she fell for Rhaegar Targaryen.

This is the closest we'll ever get to see House Stark and House Baratheon actually joined, the way they were meant to before Robert's Rebellion lead to the death of Lyanna and Rhaegar and, subsequently, forged the entire series we know now.

Another hard-hitting moment here was Davos Seaworth encountering a young girl who reminded him of the late Shireen Baratheon, as well as Samwell Tarly giving Jorah the sword of the Tarley household. Oh, and even though Greyworm and Missandei have had the most forced and weird relationship, his line to her was absolutely beautiful:

“My people are peaceful. We cannot protect ourselves.”

“My people are not peaceful. We will protect you.”

Violence begets violence in the world of Game of Thrones, but the only thing more painful here than swords, daggers, spears, and poison is love. Everyone in Sunday's episode lost a part of themselves to another person...and when Episode 3 airs this coming Sunday, they're bound to lose a lot more.