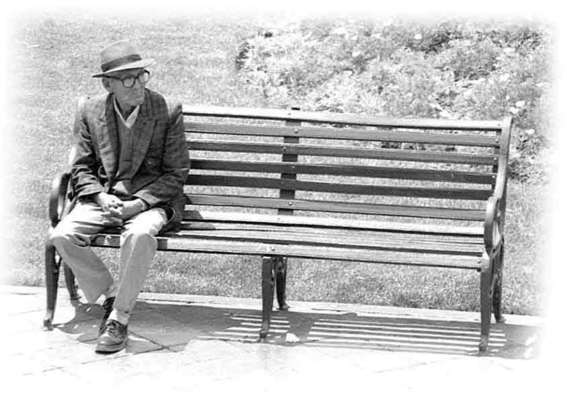 I have a companion. He is not new, and even though he has been with me for several years, his voice is becoming louder and louder with each passing year.

I noticed him in my mid-to-late twenties. He wasn’t much of a bother at all; as a matter of fact, he was a bit of a joke. In my thirties, it seemed that all he did was remind me that I was no longer in my twenties. However, in my forties, I noticed his voice becoming harsher and more demanding. Now that I am in my fifties, he walks and talks to me on a daily basis. Never is he kind, and never is he gentle; now, he mocks me with my memories.

He is Time. Age is my own personal time-keeper.

I don’t like this companion, but I am stuck with him for the rest of my life, just as you are. When I was in my twenties, I remember my father getting upset that so many electronic manufacturers were using pressed lettering for labeling components on TVs and VCRs. I never laughed at him to his face, but I remember being amused at his frustration. By my mid-forties, I shared his frustration.

It isn’t just my eyes that have gotten worse. I have noticed that I way too often make the “old man” sound when I stand up after I have been sitting for any length of time. I have noticed that my sore muscles stay sore longer than they used to. In my head, I remember myself doing things that I no longer have any business trying to do. I once laughed at older people’s memory issues in the short distance they walked from one room to the next. Now, I laugh at my own short memory.

My back hurts most days, my eyes cannot see like they once could, my hair is almost all grey, and my mind is not as sharp as it used to be. We laugh and call it “over the hill,” but my companion tells me I am looking at the abyss called the end-game. What once where freckles on my hands are becoming age spots. I don’t walk as straight and tall as I once did. My companion is reminding me that my body is aging, and that is the natural process of dying. With each new ache – with each new lessening of my abilities and my senses – my companion whispers to me that soon I will die and be no more. This is my companion.

However, I have found another companion that walks with me each day and stays with me each night. His voice is a kinder voice, and he has a more gentle whisper. He is a source of great peace. This companion tells me that my other companion is only half right. Oh, it is true what he says about my body, and even about death. But these are only half-truths, and half-truths are all too often full lies.

Jesus, and there is no other name like it.

He sits at the right hand of God and intercedes – prays – for me. It is through Him and Him alone where I can find death and sin defeated, and where life everlasting can be found.

When Time whispers to me, I remind Time that this body might be getting old, and it might be weak, but that there is a power within me; it is a strength has already defeated Time, and that power’s name is Jesus. Time will win the battle, but Jesus has won the war! Now, as I look at that abyss called death, I smile and shout, “Where, oh Death, is your sting? Where, oh Death, is your victory?”