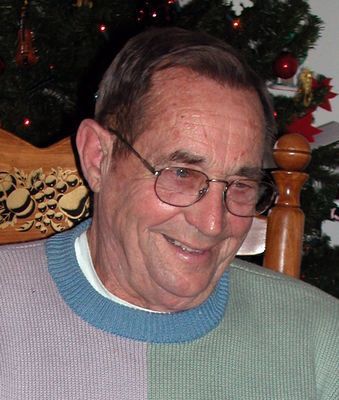 Donald Clyde Bigler of Blackwell, Oklahoma, died Tuesday, April 23, 2019, in the Intregris Bass Pavilion in Enid, Oklahoma, at the age of 85 years.

Donald Clyde Bigler was born on August 2, 1933, in Minco, Oklahoma, to Clyde Johnson and Naomi Edith (Andrews) Bigler. In 1948, the family moved to South Haven, Kansas, where he graduated from South Haven High School and lettered in football, basketball, track and baseball. Following his education, he worked various jobs until he married Marilyn Kay Mirt on May 10, 1953, in South Haven. In 1962 they moved to Pratt, Kansas, where he operated a service station and bulk plant. Later he owned and operated Bigler Vending and served several counties in the Pratt area. He later added entertainment vending by supplying pool tables, pinball machines, foosball tables and juke boxes to various establishments. He also bought and sold commodities before returning to South Haven and operating his father-in-law’s farm. In 2010, they moved to Blackwell to make their home. His wife preceded him in death on July 21, 2018, and he continued to make Blackwell his home. He was a member of the First Free Will Baptist Church in Blackwell and the First Christian Church while living in Pratt. He enjoyed playing golf, hunting and coached little league during his children’s formative years.

He was also preceded in death by his parents; a daughter, Jana Bigler; and a son, Michael Bigler.

Services are scheduled for 10:00 a.m., Saturday, May 4th in the First Free Will Baptist Church in Blackwell with Rev. Kevin Bookout officiating. Burial will follow in the Corzine Cemetery in Corbin, Kansas.

A memorial has been established in his honor with the First Free Will Baptist Church in c/o Roberts and Son Funeral Home, 120 W. Padon, Blackwell, Oklahoma 74631.