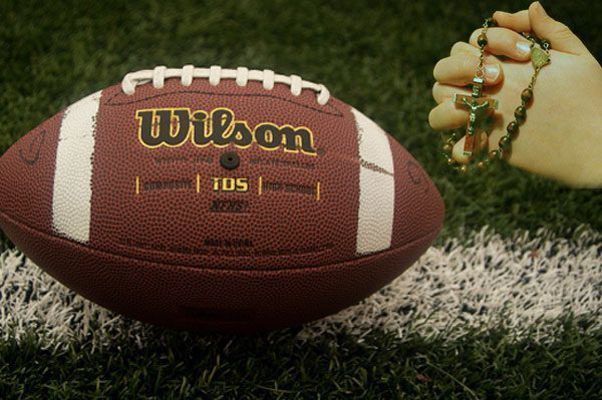 My family and I moved back to the United States in the early 1970s after spending a few years in Turkey. The strange thing about living in a foreign country as a kid was this: the only thing that mattered about another kid was if they were an American. Race didn’t matter, gender didn’t matter, and even if they were not Dallas football fans, that didn’t matter, either. We were strangers living in a strange land, and this set up our reality to be us against them. The local kids felt the same way. Given the chance, the local kids would torment us – or they would cheat us when we were negotiating how many marbles they wanted for a turtle.

Finally, we came back to the old U.S. of A. I left America when I was five and came back when I was nine. I am not sure what I expected – paradise, maybe. But what I found out was that I was now an American kid in a group of other American kids. I was living in a city full of Americans because Altus, Oklahoma is in America.

No longer was there the mindset of “us vs. them.” Now, there were new rules and new identities, but I had no idea what those were. As a result, that first year, I was a “loner” in school. I was the quiet kid that sat in the back of the classroom.

But next year, I changed all of that: I joined the football team.

Many of you might to expect to read about how I became a football star and ended up as the captain of the team, but this is not that kind of story. At best, I was OK as a player. I was good enough for practice, which meant that the coaches allowed the 'A' team to beat me up during practice. But on game nights … well, I was very good at keeping those benches warm.

Even though I was not that good at football, school sports helped me in many ways. They taught me how to play with others, and they taught me how to be a team-player. They also did wonders for my self-image. I was no longer lonely, and certainly not quiet. Organized sports brought me out into the light, and I grew.

I tell this story not to try to relive some of my glory days (surprisingly, there were not that many for me). I tell it to inform you that I have a true and real fondness for organized sports. I needed to lay this foundation down before I address a huge problem that I have with organized sports today.

Now, if you are a parent that does not believe in God, I have no problem with you and your children practicing on Sunday. The people I want to hold accountable are the parents who are Christians.

Let me explain. You now know that I value sports. What I want you Christian parents to ask yourselves is, “What life lessons am I teaching my sons and daughters by practicing on Sunday?” Let me help answer that!

By practicing on Sundays, you are showing your children that sports are more important than God. Oh, I know you parents are not saying these words. As a matter of fact, I am sure many of you parents talk a lot about God to your kids. However, what are your actions saying? They are saying the absolute opposite. Your lips say that God is the most important thing in your life: you would not allow something like sports to keep you from worshiping God with your brothers and sisters in Christ.

Some of you might say that going to church does not mean you’re saved, and that is true. But nor does it mean that not going to church means that you are not saved. If you claim to follow Jesus – who said for you to pick up your cross daily – and you believe that the Bible is the word of God, then your actions should reflect your words. The Bible does say that you should go to church and not forsake the company of each other. Remember, Jesus said to pick up your cross, not your tennis racket, baseball bat, or football.

I do want to point out that, even if you do a great job of teaching your kids about God but you do not go to church, you have given your grandchildren about an 80 percent chance of never knowing Jesus. Statistics show that.

One hundred and fifty years from now, you and your children will be in heaven, but your your grandchildren and their children will not – all because you wanted to give your kids a chance to play a game. You may even want them to be the best player they can be, but the odds of them ever making it to a professional level are even higher odds than the odds of your grandkids becoming followers of Jesus. At some point, you will be held accountable for this.

Christian parents: Stop saying “No” to God, and start telling the coaches and those who organize these sports teams that Sunday mornings are not going to work for you. Even if the coaches say your kids are off the team because of that, they will be on an even greater team. Nothing is more important than the salvation of our loved ones … NOTHING!