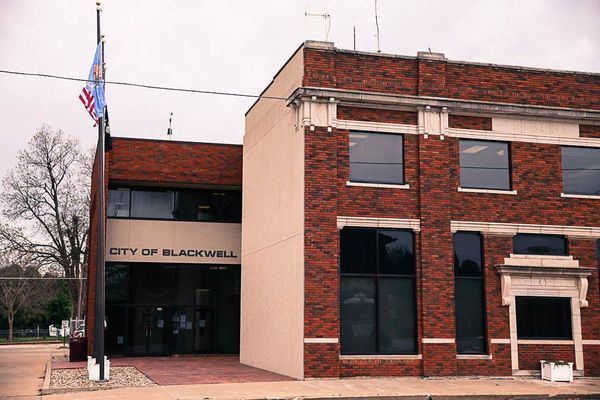 The walls of the Blackwell City Council chambers on Thursday were covered with gelatin. For over an hour, two Council members kept trying to nail jello to the wall that was City Manager Janet Smith’s contract. But, as one might expect, nothing stuck. And that’s a good thing.

On Thursday night, the Blackwell City Council approved a one-year contract with Smith, who was first hired in January of this year. The year-long contract will be for the 2019 - 2020 fiscal year, and it will be her first such contract since she was brought on.

During the meeting, Mayor T.J. Greenfield and Councilman Jon Webb made it clear that they did not feel that Smith should have a year-long contract, even though her predecessors did. They also thought she shouldn’t have a salary equal to her predecessors -- who were male.

As the basis for their weak arguments against paying Smith a higher wage and giving Smith the job security that any professional deserves, Webb and Greenfield cleaved to information that was both irrelevant and incorrect. They continually pointed out that Smith drove both her own personal vehicle as well as a vehicle owned by the city as if this were actually some heinous, substantive crime. Gasp.

But as the city attorney -- and quite literally, everyone else -- said, this was not actually an “issue.”

Greenfield and Webb also attacked Smith’s proposed pay raise, a truly meager amount of money considering the salaries that her male predecessors made.

Even better yet, the two attempted to deny the fact that both of the full-time city managers before Smith had one-year contracts. A thirty-day contract would not be beneficial to a City Manager, only to the City.

And the icing on the cake was when Greenfield insulted Smith’s education. Smith has a master’s degree in public administration, but Greenfield made it clear both during and after the meeting that education is of little importance to him.

Why would anyone be opposed to the work that Smith is doing to clean up our city? By voting against her contract and arguing against it for over an hour, it seems as if they do not value transparency in our city government: that is, after all, the thing that Smith is working toward the most.

Thanks to Janet Smith, our town has hope, and our city government is being changed for the better.

If the obvious tension and the way Smith is treated in public session is any indication of how she is treated in executive session, there is no wonder why she chose to have her contract discussed in view of the public

Even though they proved to the people of Blackwell that they are not in favor of Smith’s efforts to make our city more transparent and progressive, the two members of the Council who voted against her contract still made an impressive spectacle: We could have never imagined that people in positions of power could be so oblivious to facts, equal treatment, and ethical government.