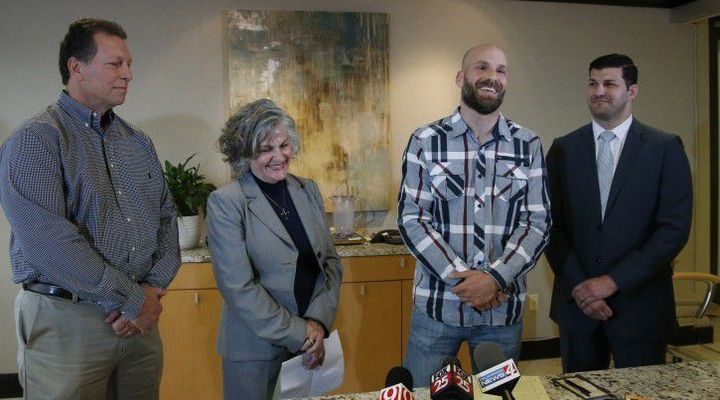 On Monday night, President Donald Trump formally pardoned Michael Behenna, a U.S. Army 1st Lieutenant who was convicted of killing a suspected terrorist in 2009 while serving in Iraq. This week, I've compiled statements from those closest to the case.

“I commend President Trump's decision to grant a full pardon for Mr. Behenna,” Attorney General Mike Hunter said. “Mr. Behenna served his country with distinction, honor, and sacrifice. He has admitted to his mistakes, has learned from them, and deserves to move on from this incident without living under its cloud for the rest of his life. My hope is that Michael and the rest of his family can rest easy this evening knowing they can put this tragic situation behind them.

“Again, I applaud President Trump as his team for acting on Mr. Behenna's case and giving him back the freedoms he deserves.”

“I’m grateful that the long road for Michael Behenna and his family has finally come to a joyous end,” said Lankford. “Michael now gets a clean slate and a second chance at life. Michael’s family, the Oklahoma congressional delegation, and Oklahoma Attorney General Mike Hunter have worked tirelessly for years to ensure Michael received justice throughout this entire painful process.”

“I want to thank President Trump for reviewing Lt. Behenna’s case and granting him clemency,” said Inhofe. “I am happy for Michael and his family as they close this difficult chapter. He served his time and the president has granted him a clean slate and a fresh start. I wish him all the best for the future.”

“I thank President Trump for his tremendous act of mercy.  I also want to express my sincerest gratitude for the incredible outpouring of support for my family, including former Governor Mary Fallin, Oklahoma Attorney General Mike Hunter, my lawyers at King & Spalding, who handled the matter pro bono, and all those members of the public who wrote letters and sent words of encouragement on my behalf.  Although this brings great peace to my family, we as a country must never forget Adam Kohlhaas and Steven Christofferson and all those who gave their lives in service of this great nation.  They represent the finest of our society, and their families will forever be in our thoughts and prayers.”

“In seeking a pardon, Michael Behenna sought forgiveness from the country he loves and served at great personal sacrifice,” said John C. Richter, the King & Spalding partner who led a team working on Michael’s behalf for a pardon.   “Today, President Trump’s act of forgiveness reaffirmed that the sacrifices made by our armed forces, who often endure unimaginable horrors to protect us, are never forgotten.”

"You're the Indian now."- YELLOWSTONE is back a...