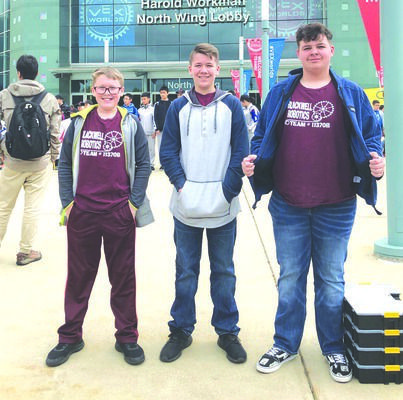 From April 28-30, the Blackwell Middle School VEX IQ team competed at the VEX Worlds competition in Louisville, KY. This competition was by invitation only. The team placed 36th overall in the “Robotics Skills Challenge” out of 315 teams. The team also competed in the “Teamwork Challenge” with teams from the United Kingdom, South Korea, Columbia, Mexico, and the United States.

The program would like to thank the Beatty Trust, the Southern Star Natural Gas Company, and Blackwell Public Schools for their support.