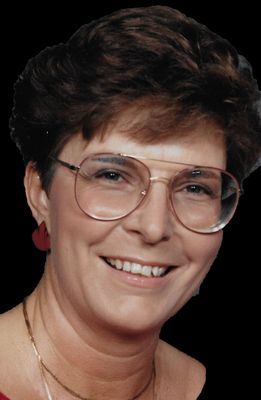 Betty Lou (Severson) Fowler, 75, passed away Thursday, May 16, 2019, in Bartlesville, Oklahoma, after a long, courageous battle with cancer.

Funeral services for Mrs. Fowler will be held at 10:00 A.M., Tuesday, May 21, 2019 at First Christian Church in Barnsdall, Oklahoma with Reverend Aaron Lawrence officiating. Committal prayers and internment will be directed at the Braman Cemetery, Braman, Oklahoma at 2:30 P.M. following the church service, and will be directed by Stumpff Funeral Home & Crematory.

Visitation will be held on Sunday, May 19th from 12:00pm to 5:00pm and Monday, May 20th from 9:00am to 5:00pm with a closed casket. However, friends may stop by the Stumpff Funeral Home in Barnsdall, Oklahoma.

Betty Lou Severson was born April 10, 1944 in Newkirk, Oklahoma. She was the daughter of Lloyd and Opal (Morris) Severson. She graduated from Braman high School with the class of 1962. Betty married Robert L. (Bob) Fowler in 1963 in Miami, Oklahoma. They moved to Barnsdall, Oklahoma in 1969 where she worked as a cashier at Barnsdall State Bank, although was President of the bank it was Betty’s job to keep Bob in line. She and Bob retired from the banking business in 2008. She continued to make her home in Barnsdall until the time of her death.

She was a member of the First Christian Church in Barnsdall. She was also very Actively involved in the community and served in several civic and community organizations, including Barnsdall Chamber of Commerce, City Council, and the Lion’s Club. Betty had serves as the American Red Cross Blood Mobile Coordinator for the most of the time since 1970. In 1994 she was awarded the American Red Cross President’s Award, which was presented to her by then-president of the Red Cross, Elizabeth Dole. Betty loved the town of Barnsdall and Big Heart Day and was actively involved in the planning of this years Big Heart Day up to the week of her death.

She was preceded in death by her husband Bob and her parents.

In lieu of flowers, donation may be made to American Red Cross or the Journey Home of Bartlesville, Oklahoma. The family would like to thank the staff at Compassus Hospice and The Journey Home who took such great care of her in her final days.

Friends who wish may sign the online guest book and leave condolences at www.stumpff.org.

Blackwell to host 3A wrestling regionals in Feb...

Mike's Musings: A nation in turmoil should turn...