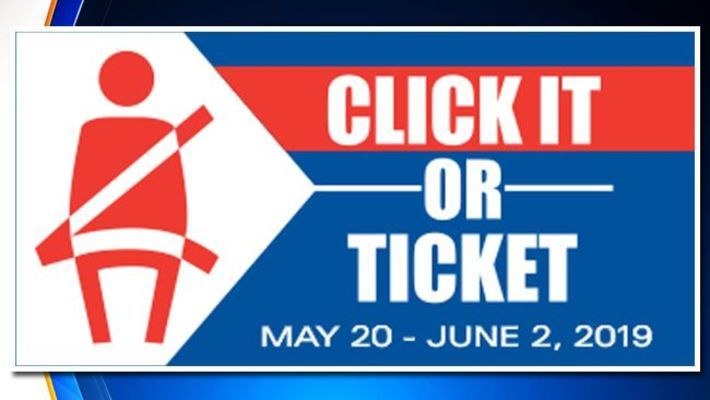 The Blackwell Police Department will be taking part in the Click It or Ticket campaign, a nationwide effort to remind people to wear their seat belts while driving or riding in cars.  The Click It or Ticket campaign began Monday, May 20 and will last until Sunday, June 2, running through the busy Memorial Day weekend.  According to the Kay County Sheriff's Department in 2017, 52.3 percent of all victims killed in a vehicular accident were not using safety belts or child-restraint devices. Among the 33,128 people injured in crashes in Oklahoma in 2017, 2,333 were not restrained.

In other traffic safety news, Blackwell Chief of Police Dewayne Wood reminded motorists to watch out for children now that school is out for the summer.  “With school letting out, that leads to a lot of foot traffic around town. Kids are walking to the pool, to the library, and riding their bikes with friends. That means drivers need to keep in mind to look out for these kids on sidewalks and street-crossings. Summer also means a lot of less-experienced drivers will be out on the roads more often, so the more ‘seasoned’ residents need to keep that in mind as well.

“We all want to do our part in making Blackwell as safe as possible, not just us at the police department, but residents as well. Kids might not always think to look both ways, and it’s crucial that drivers aren’t distracted in case something like that happens.”

Even though summer break began on Wednesday, May 15, school-zone lights may continue to flash. Wood said this is normal.

“The lights for the school zones might still be flashing for at least for a couple of days,” Wood said. “They won’t be enforced, since school is no longer in session, but they’ll be shut off for the summer very soon. Then, a few weeks before school starts, they get turned back on again to kind of remind people to keep an eye on them before they once again go on for the year.”

Wood also urged parents to remember curfew times within the city of Blackwell.

In his closing comments, Wood reminded drivers to be attentive and to drive safely.