Your opinion about Robert Pattinson is wrong 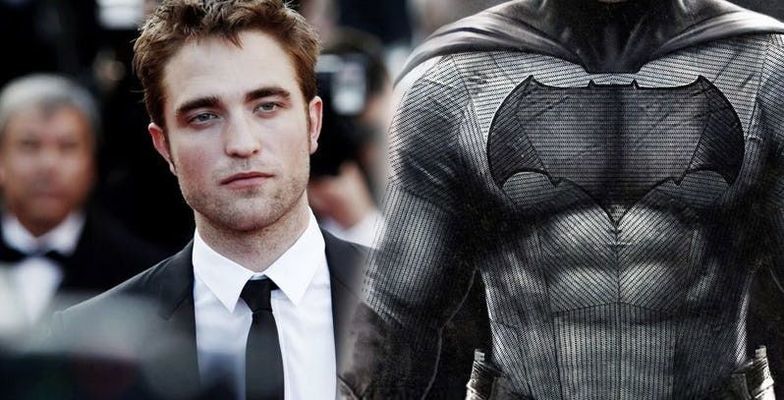 I've been called many things since last week's column- unprofessional, rude, biased, a 'smug creature'- and this week I'm here to drop some more hard truth.

This time, however, it isn't about how brain-dead some people are regarding the series finale of HBO's “Game of Thrones”, no, this week is about something that irks me even more...and that is the casting of Robert Pattinson as Batman.

Earlier this month it was revealed that British thespian Robert Pattinson- most infamously known as the brooding vampire Edward Cullen in the TWILIGHT film series- was going to don the infamous cowl of Gotham's masked vigilante Batman for Matt Reeve's reboot/prequel of the film character in 2021's THE BATMAN. Pattinson would follow in the footsteps of Adam West, Michael Keaton, Val Kilmer, George Clooney, Christian Bale, and most recently Ben Affleck.

Many “people” with “opinions” immediately took to the internet with their bargain bin memes and outlandish, insecure, brain-dead rage at the fact that “The gay vampire dude from Twilight” was being eyed as Batman.

I'm not being homophobic, mind you, I'm merely parroting what I have read. The simple, hard truth here is that anyone who is dismissing Pattinson's casting based on Twilight probably eats crayons by the fistful, cannot read above a 3rd grade level (that, itself, is insulting to 3rd graders), and most definitely asks for re-racks during beer pong.

Robert Pattinson, 33, got his big break as the ill-fated Cedric Diggory in the 4th Harry Potter film before landing the role of Edward Cullen in the film adaptation of Stephanie Meyer's “Twilight” where he would play the character for four films between 2008 and 2012. His performance as Edward was fine. Twilight isn't a high-art saga of filmmaking and no one watches the vampire-romance dramas for anything other than surface level entertainment.

"People", the "masses" as it were, had the same negativity about the late Heath Ledger being cast as the Joker in 2008's THE DARK KNIGHT, remember? Or did you conveniently forget that the villain was instantly "ruined" by the blonde Aussie heart-throb from BROKEBACK MOUNTAIN?

Hell, there are tons of great actors in these films like Bryce Dallas-Howard, Michael Sheen, Kristen Stewart, Peter Facinelli, Billy Burke, Dakota Fanning, Rami Malek, Gil Birmingham, Lee Pace, and more. None of them carried the Twilight stigma on their resumes after the fact...why? The answer is simple. Dudes were jealous that their girlfriends wanted to sleep with Edward Cullen who, unlike the audience, didn't have a Monster Energy Drink decal on their truck, and say things like “Shut up and make me a sammich”. Pattinson has even said publicly that he didn't particularly like the films themselves, but had fun in the role.

Pattinson's Edward was a pop culture punchline turned into a relic from the bygone days of mocking Justin Bieber, hating on “Call of Duty”, and pretending One Direction sucked.

Since then, Pattinson has had one of the most transformative and jaw-dropping careers of almost any actor in Hollywood but especially one so young. Shortly after Twilight allowed him a near-endless stream of revenue he began making more and more bold career choices starting with the 9/11 set drama REMEMBER ME and the 1920's romance WATER FOR ELEPHANTS. His preference of taking love-lorn and seemingly depressed brooding types was becoming clear, but these had a bit more depth than just “Edward in period clothing”.

Afterwards though, he began cutting his teeth on harder characters and more artist-driven works like in David Cronenberg's mind-trip LCD journey into the mind of an early 20's billionaire with 2012's COSMOPOLIS where his performance was deranged and nearly psychotic, showing the breakage of a man's mentality over one wild New York day. Another standout was his role as “Rey” in Australian auteur David Michod's bleak and devastating THE ROVER opposite Guy Pearce where Pattinson played a mentally deficient raider who gets roped into a dangerous man's blood-soaked journey to recover his car in an apocalyptic wasteland.

Pattinson re-teamed with Cronenberg for 2014's gaudy Hollywood 'whore'or story MAPS TO THE STARS and in that time also starred as T.E. Lawrence in the sweeping drama QUEEN OF THE DESERT, a role which netted him much acclaim. His two major spotlight moments occurred back-to-back with James Gray's 2016 true-life drama THE LOST CITY OF Z where he played explorer Henry Costin opposite Charlie Hunnam's Percy Fawcett.

'Z' was a methodical and humbling work of art about the nature of man and the cost of exploration versus the willingness to accept the unacceptable. In 2017 Pattinson appeared as a bleach-blonde thief and drug addict by the name of Connie Nikas in GOOD TIME. The kinetic adrenaline rush of a film was anchored by his sympathetic and frenzied performance as a desperate and, in many ways abusive, man who will stop at nothing to save his brother after a botched bank robbery.

All of these performances, mind you, have earned Pattinson heaps of applause and editorial fame praising him as one of the best actors working today. Regardless of how each individual film fared critically- only Maps to the Stars seemed divisive- Pattinson's wide range and guttural, primal, performances have been met with fervor.

Next, Pattinson can be see in Robert Eggers' black and white horror film THE LIGHTHOUSE opposite Willem DaFoe which has already been getting immense acclaim. He was also, just recently cast in blockbuster visionary Christopher Nolan's newest film TENET, an espionage thriller. So enough about Robert Pattinson not being good enough to be Batman. He is, if anything, OVER qualified for the role after working with some of the brightest and most celebrated artists in Hollywood. If anything, you should be thanking him.