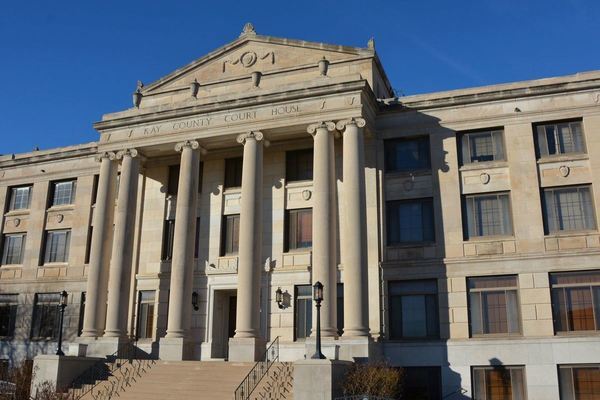 On counts two, three, and four – which were charges of embezzlement of county property – Rowe's 10-year sentence was deferred upon his agreement to commit no further violations of the law. He will also be under the supervision of the district attorney.

Rowe agreed to pay “all sums assessed,” including a deferral fee of $500 per count, a victim's compensation assessment of $100 per count, and all court costs.  On counts five, six, and seven – two counts of embezzlement by a county officer and one count of embezzlement by a public officer – his 10-year sentence was deferred as well. Rowe was assessed a $1,000 fee per count, a VCA of $100 per count, and all court and incarceration costs.   On counts eight through 16 – counts of willful violation of law regulating official conduct – Rowe was sentenced to one year in the Kay County Detention Center. However, that sentence was also suspended.

Rowe was assessed a fine of $250 per count and a VCA of $150 per count. He will also pay court and incarceration costs.  Rowe was then ordered to pay restitution in the sum of $20,030 individually, $10,000 of which must be paid within 72 hours. The remaining $10,030 must be paid within 10 days. He was also ordered to pay $38,904 in joint restitution. All aforementioned counts are set to run concurrently. Corley and the Kay County District Court have set the case for review on June 18, 2019 in Payne County District Court if needed.  In a January hearing before Judge Stephen Kistler of Payne County,

Rowe waived his right to a jury trial while fellow former commissioner Dee Schieber asked for a jury trial on his seven counts of willful violation of law regarding official conduct. Kistler heard motions in the March hearing but took no action on a motion by Schieber's defense team for sanctions.

Allegations against the two commissioners were brought to light by an investigative audit released in December 2015 by Oklahoma State Auditor and Inspector General Gary Jones. The audit alleged that Rowe engaged in a series of improper transactions that involved self-dealing. The audit also reported that the two commissioners violated competitive bidding laws by awarding contracts worth millions of dollars for county construction and reconstruction projects. The alleged crimes occurred from July 2011 through January 2015.