U.S. and Mexico agree to block tariffs in exchange for stricter immigration 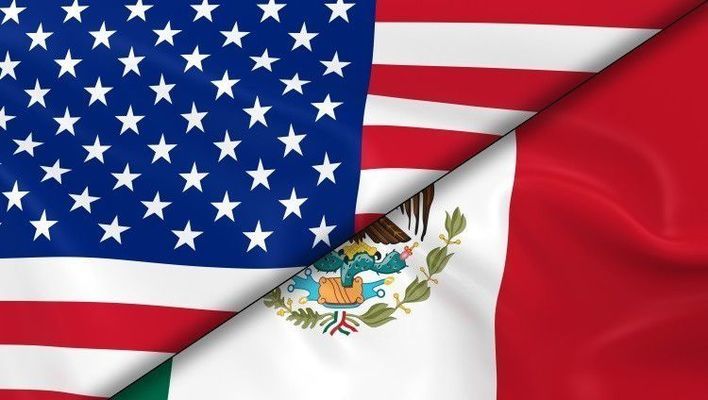 The United States and Mexico have reached an agreement to stop the implementation of tariffs on goods imported from Mexico in exchange for tougher enforcement of that country's migration laws, giving U.S. President Donald Trump a victory in his battle to fight the flow of illegal immigrants to the U.S.

Following Trump's threat to impose a 5 percent tariff on all goods imported from Mexico to the United States, U.S and Mexican leaders came together on Friday, June 7 to sign an agreement that will block the tariffs and force Mexico to take greater action to minimize the country's “dramatic increase” in “irregular migration” to the U.S.

“I am pleased to inform you that The United States of America has reached a signed agreement with Mexico. The Tariffs scheduled to be implemented by the U.S. on [June 10], against Mexico, are hereby indefinitely suspended. Mexico, in turn, has agreed to take strong measures to stem the tide of Migration through Mexico, and to our Southern Border. This is being done to greatly reduce, or eliminate, Illegal Immigration coming from Mexico and into the United States,” Trump tweeted shortly after the agreement was reached.

Details of the pact – entitled the “U.S.-Mexico Joint Declaration” – were released by the U.S. State Department later that day.

Under the agreement, Mexico will take “unprecedented steps” to stop the flow of migrants into the United States. The Mexican National Guard will be deployed throughout Mexico, and troops will give “priority” to securing the southern border.

Mexico will also take “decisive action” to stop human smuggling, and the U.S. and Mexico will work to improve their “bilateral cooperation” in securing the border, the State Department reported.

Also under the agreement, United States officials agreed to implement new protections for migrants that would allow individuals seeking asylum in the United States to be returned to Mexico “rapidly” in order to have their claims for asylum adjudicated.

The agreement comes as an equitable compromise in the ongoing disputes over trade and immigration between the two nations, which have long disagreed over the funding of Trump's coveted wall along the southern border, among other hot-button political issues. In recent years, migrants have come to the U.S. in droves from Mexico, a topic that Trump made the pillar of his 2016 presidential bid. According to a December 2018 report by the U.S. Department of Homeland Security, as many as 12 million illegal aliens were living in the United States in 2015, the last year for which complete statistics are available.

Secretary of State Mike Pompeo said that the agreement reached Friday will make the U.S.-Mexico border “strong and secure.”

“We would like to thank Mexican Foreign Minister Marcelo Ebrard for his hard work to negotiate a set of joint obligations that benefit both the United States and Mexico. The United States looks forward to working alongside Mexico to fulfill these commitments so that we can stem the tide of illegal migration across our southern border,” Pompeo said in a release.

“Mexico will try very hard, and if they do that, this will be a very successful agreement for both the United States and Mexico,” Trump said in a tweet.