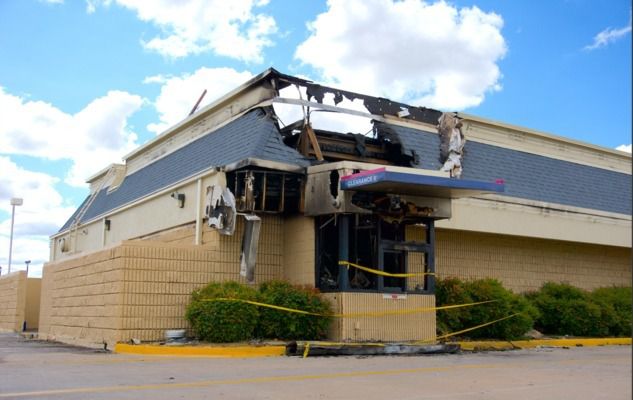 An early-morning fire has left Blackwell's dairy lovers with one less place to eat ice-cream.

At 4:16 a.m. Wednesday, the Blackwell Fire Department received a call that the popular eatery was on fire. According to Blackwell Fire Chief Cory Hanebrink, firefighters from Blackwell, Tonkawa, and Newkirk responded, extinguishing the blaze in 45 minutes.

The Braum's company is conducting an internal investigation to determine the cause of the fire, according to Hanebrink. Company officials estimate that the fire caused approximately $700,000 in damage to the store.

Most of the damage to the building can be seen near the drive-thru window in the back of the structure, where flames burned through the roof. Computers, food, and other supplies were left scorched. Luckily, no injuries were reported.

The Journal-Tribune attempted to contact officials with Braum's in regards to the fire, but the company had not responded to a request for comment as of press time.

While Braum's is expected to stay closed for some time, those who need to get their “fix” won't have to go too far.