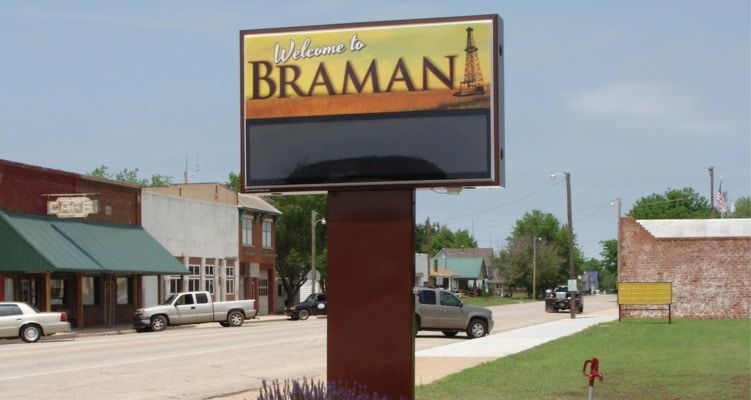 Though almost one year late, the Braman Board of Trustees has finally authorized a local certified public accountant to conduct a full audit of the town's 2017 – 2018 financial records, a move that the town's mayor believes will be an important step toward restoring financial solvency.

Kimberlye R. Mayer, a certified public accountant in Blackwell, was authorized at the June 24 meeting of the board to conduct a full audit of the town's financial records from the 2017 – 2018 fiscal year.

According to Braman Mayor Marv Sandbek, having the audit completed will allow the town to seek out grants it can use to update its aging infrastructure.

“What that will do is get us in the mainstream for grant consideration. Once we get this audit completed and we have that back, regardless of what the report is, it's done. That makes us eligible for grants, and we have got to be eligible soon,” Sandbek said.

Sandbek said the town would pay Mayer approximately $5,750 to conduct the audit.

This will be the town's first full audit in recent history, according to Sandbek. In the past, Braman has used agreed upon procedures, or AUPs, in place of full audits. AUPs cost considerably less than full audits do because they have a more limited “scope.” Under an AUP, towns can pick and choose which records an auditor will and will not examine.

Under state law, municipalities are supposed to conduct some form of a financial audit at the end of each fiscal year. Braman, however, did not complete an AUP at the close of the 2017 – 2018 year.

At a May board meeting, Trustee James Lunn said the AUP was not completed on time because the town clerk was “unable” to get some financial records to Mayer, who has previously served as the town's CPA. Lunn never specified why the clerk was unable to hand the records over.

The clerk, Sandra Barrows, resigned in April of this year after Sandbek was elected as the town's mayor. Sandbek replaced Mike Barton, who had served as mayor for several years.

Trustees did not say at the June 24 meeting when the audit would be completed.

The hiring of an auditing firm is the latest development in the town's financial saga. Following Barrows' resignation, the town was allegedly left without access to many of its online financial records. Once access to the documents was restored, trustees began to discover that the town had several unpaid bills, and that it had been overspending for “a long time,” Sandbek said in an earlier meeting.

The town has since taken steps to improve its financial situation, hiring longtime Oklahoma municipal judge Stephen R. Haynes to serve as the town's special legal counsel on financial matters. This month, the board approved the town's budget for the 2019 – 2020 fiscal year, which trustees say addresses the town's pattern of overspending. Sandbek said the town plans to have a budget surplus at the end of this fiscal year.

Once the audit of the 2017 – 2018 fiscal year is completed, it will be submitted to the Oklahoma State Auditor and Inspector General's Office.

Sandbek will be the authorized signer on all documents related to the audit.

The audit of the 2017 – 2018 fiscal year isn't the only thing that the town hasn't completed on time. Since at least 2015, the town has failed to send copies of its annual budgets to the state auditor's office, Sandbek said. This month, however, he mailed copies of the old budgets – and a copy of the town's newest budget – to the auditor's office.

Sandbek did not say why he felt prior administrations failed to submit the documents to the state auditor. However, he said that having the budgets submitted will help the town gain a better reputation with state officials.

“We haven't submitted budgets for quite some time,” said Sandbek. “[But] I think we're going to be back in good graces with the state auditor.”