Entertainment: Can we talk about the "Black female 007"? 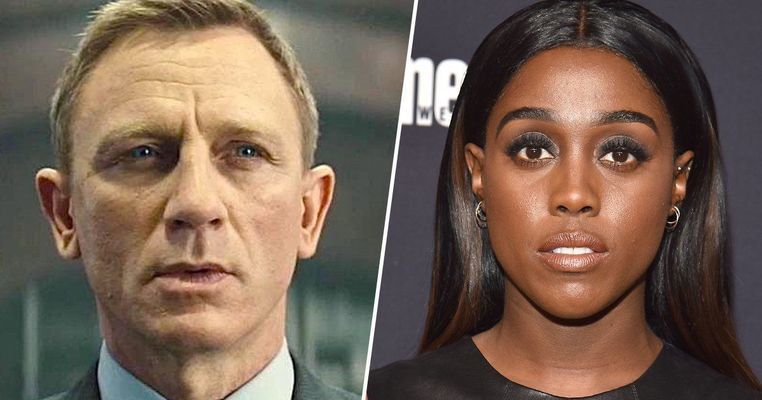 We've seen the headlines. “007” is going to be played by an African-American woman in 2020's untitled 25th James Bond film. Most of you, however, have failed to look past them.

So, before we go off acting like raving idiots, crying foul that our films are being “black-washed” and “liberalized”, let's break down the news as we know it.

This past Sunday it was reported by The Daily Mail (of all places) that British actress Lashana Lynch who starred in the lackluster CAPTAIN MARVEL superhero “flick” would be taking the codename of “007” supposedly thanks to a script punch-up by “Killing Eve” and SOLO writer Phoebe Waller Bridge.

The Daily Mail is, essentially, one giant diaper stain of a rag. It's England's equivalent of our newspapers you see on racks at the check-out aisle with headlines like “Melania Trump only has 3 weeks to live!” or “Brad Pitt undergoing gender reassignment surgery- inside the shocking procedure”. But the story plays so good in today's climate that major internet outlets have been reporting it as gospel, especially for angry clicks...and the clickbait is working. That's the “rumor” but let's look at the facts.

BOND 25 has been through a slew of behind-the-scenes turmoil since the tepid response to 2015's SPECTRE which was the last Bond film so far in theaters. It was widely known that this upcoming 25th installment would be actor Daniel Craig's last time to sit behind the Aston Martin after debuting as the iconic British spy in 2006's CASINO ROYALE.

In 2018 it was revealed that director Cary Joji Fukunaga (HBO's True Detective) would helm this final adventure with the villain being BOHEMIAN RHAPSODY star Rami Malek, taking place several years into James Bond's retirement in Jamaica where he is called upon for one last mission to help an old ally.

So back to the “black female Bond” thing.

Daily Mail attests that writer Phoebe Waller Bridge is the architect of this. Bridge was brought on late last year at Daniel Craig's request to punch-up the dialogue along with screenwriters Neal Purvis and Robert Wade. Bridge was “quoted” by Daily Mail as saying:

“There's been a lot of talk about whether or not Bond is relevant now because of who he is and the way he treats women. I think that's bullshit. I think he's absolutely relevant now. [The franchise] has just got to grow. It has just got to evolve, and the important thing is that the film treats the women properly. He doesn't have to. He needs to be true to his character.”

She's not wrong, but I digress. The scene in question is described as a “popcorn dropping” moment where MI-6 head M (Ralph Fiennes) calls “007” into his office and- surprise- it's a black woman. Now, this is very obviously being done as a gag to the legion of fans that have argued for a black (or woman) James Bond, despite Executive Producer Barbara Broccoli saying Bond would “never” be a woman.

So how does this work in-universe, and why shouldn't you be slamming your fists on your desk crying about girls ruining your movies?

In James Bond lore (established in the films and Ian Flemmings novels), there are nine “Double O” agents activated at a time. “Double O” status grants an MI-6 operative with a License to Kill after they have racked up two confirmed target kills on assignment. They are the elite.

This iteration of James Bond achieved “Double O” status in 2006's hard-reboot of the franchise, CASINO ROYALE at the start of the film; but the character himself has of course been known as “007” since Sean Connery's DR. NO brought the character to the world.

“007” is not strictly Bond's code to begin with, he just occupies the number. In several films and novels we have seen other “Double O” agents of varying identities, including several woman. In GOLDENEYE, Bond's nemesis was famously an ex MI-6 operative numbered “006”.

It is unrealistic to think that with Bond retiring and wanting to enjoy his days in peace that MI-6 would just do away with the number entirely. That'd be like an English teacher resigning after 20 years and thinking it would be impossible or offensive for another person to be that grade-level's “English teacher”.

The fact that Lashana Lynch's character allegedly receives “Double O” status and becomes 007 isn't some heinous mockery to the establishment of white men around the world...it makes perfect sense within the context of that film universe. So even if this is true, and if “007” comes on screen in BOND 25 as a black woman...who cares? And before you cry foul of the series being needlessly "diversified", Eve Moneypenny played by the stunning Naomie Harris is a black female agent, and made her debut in 2012's SKYFALL.

No one complained then. I'm not even going to get into the symbolic and emotional importance women have played in the life of Craig's Bond either, because we'd be here for 500 more words.

Do you foam at the mouth whenever you visit Walmart and see someone else as “Cashier”, the same position you might have occupied before? No. Because it's just a job.

Regardless, “007” will likely belong to Bond, James Bond, once again when the film franchise is rebooted in a few short years anyway.