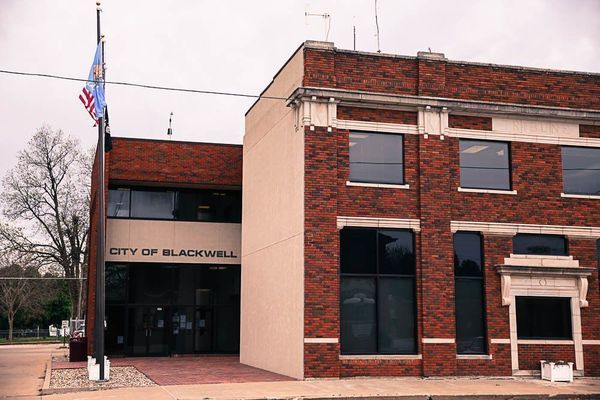 The Blackwell City Council held an emergency meeting Tuesday, July 23 to award contracts for three city roofing projects. Council members also convened in executive session for nearly three hours, where they received the findings of a special investigation by R. Stephen Haynes that examined allegations of sexual and financial misconduct at City Hall.

The meeting began with discussion over a payment to Haynes in the amount of $14,647.35. That amount was his final bill to the city for his work as special legal counsel.

The payment was met with opposition from Council member Jon Webb and Mayor T.J. Greenfield.

Webb stated that Haynes' initial invoice had been removed from the file that City Manager Janet Smith had. He said that a “different one was there,” and he wanted to know why.

Smith replied that Webb had already had a conversation with Haynes regarding the payment. In the conversation, Smith said, Haynes stated that there were items on the initial bill that he removed at Smith's request. This was done to make his payment “line up” with the work he pledged to do when he was hired as special counsel earlier this year, Smith said.

“So it's up to you to remove an invoice from the file?” Webb asked.

Smith said it is up to her to do so “if [the invoice] is incorrect.” Greenfield said that, regardless of whether it was correct or not, the payment amount remained the same.

Smith said that Greenfield and Webb had “all day” to ask her about the invoice, but that they instead chose to ask her “in front of everybody” when she did not have immediate access to the information the two requested.

An argument between Greenfield, Smith, and Webb lasted for nearly half an hour. Webb insisted that the original “incorrect” bill was in the same amount as the “fixed” one.

Smith asked Webb to recall the conversation he had with Haynes.  “It was all empty conversation,” said Webb. “He said you'd asked him to … uh … call me because I had questioned … that … that it was questioned at that meeting. … My point is, and question is … so, he was working prior to the Council ever approving him working for us? And then … uh … altered the invoice?”  “That is your opinion,” Smith replied.

“He was asked to change the invoice. I told him that I didn't know I was being billed for our discussions [prior to him being hired], and he said he would take it off and submit a bill with legitimate expenses.”  After more discussion, the payment was approved.

Following the payment, the Council voted to award three contracts to Native Construction and Roofing to perform roof repair work on various city buildings. The first contract, which will be for roof work on the Blackwell Youth Center, was made in the amount of $32,000.

City Attorney Bryce Kennedy said there would be no discussion on the report at the meeting, but said that there could be discussion in the future. “I believe we've received the special report,” Kennedy said. “I don't believe there's a discussion about the report. We'll meet in the future about that. I think we're going to continue to meet on that issue.”

Kennedy said that the report can be brought back to another Council meeting at any time.

With no further business, the meeting was adjourned.