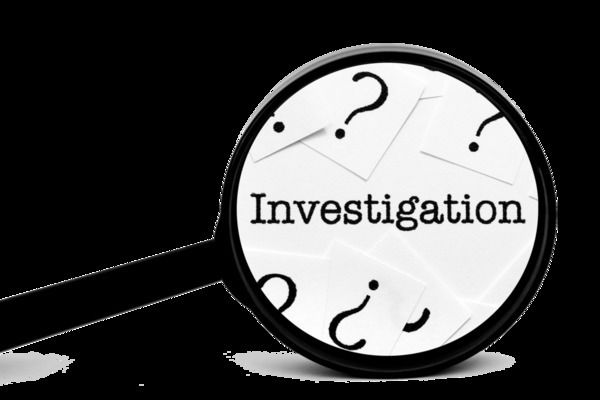 FROM THE EDITOR: For the past several months, the city of Blackwell has been embroiled in a special investigation that sought to determine whether the city has made improper financial agreements with its municipal officers. That investigation is now complete, but it is not yet open to the public. However, even though it has not yet been released, there is already a lot to learn about the report. This article aims to give you a comprehensive review of what information is available.

HOW — AND WHY — THE JOURNAL-TRIBUNE WROTE THIS ARTICLE

Over the past week, the Journal-Tribune has reached out to city officials to gain insight into how the special report was prepared — and to find out what the report cost taxpayers. We first spoke to City Manager Janet Smith, and we then spoke to Vice Mayor Steve Marquardt. We attempted to contact Mayor T.J. Greenfield, but he did not respond to our requests for comment as of press time. We then spoke to Councilman Jon Webb. Councilmen Richard Braden and Tom Beliel also had not returned our calls as of press time.

Because the news of the investigation has been out for a while, we opted to present this article in an analytical format. Our goal with this article is to give you critical background information on the report so that you may better understand the contents of the report if and when it is made public. We also hope this article will provide you with unique perspectives so that you may form your own opinion on how our city should best move forward now that the investigation is over.

When the report was wrapped up late last month, Council members were given copies of the report to take home and read, officials said. Council members have also convened into executive session twice to discuss the report, according to meeting agendas.

CHANGES TO THE SCOPE OF THE REPORT

When the investigation was started, it was set to look at two things: alleged improper contracts and potential inappropriate conduct of a supervisor towards an employee at City Hall. No additional details about the improper conduct claims were ever released, and city officials now say that they found no evidence to substantiate those claims.

In an official statement to the Journal-Tribune, Smith said: “We looked into [the improper conduct allegations]. There was nothing to substantiate the allegation, and the employee did not wish to pursue anything further.”

According to city officials, the report is 29 pages from cover-to-cover. Also, Haynes compiled over 500 pages worth of “supporting documents” for his investigation. These municipal records may be viewed at City Hall by Council members, but they are not to be taken out of the building, according to Smith.

Haynes worked approximately 100 hours on the investigation at a rate of $150 per hour, according to paperwork from the city manager's office. In total, Haynes was paid nearly $20,000 for his work. He reportedly gave the city a $4,000 “discount” on the first invoice submitted for the investigation, which would have been $24,000 without the discount.

Each city official we spoke to gave his or her own account of the report. Here’s what each one had to say.

SMITH: IT'S THEIR REPORT

Smith’s perspective on the report is different from that of a council member's because she had no part in directing the investigation.

According to Smith, the only role her office had in the investigation was to provide documents requested by the special counsel. Council members, she said, have made — and will make — all decisions about the report, including whether or not to publicly release it.

“It's their report, so they make the decisions on it,” she said. “It is in the Council's hands. I did not direct Mr. Haynes, and I did not see the report until the Council did. I only provided the requested documents.”

Several open records requests regarding the investigation have already been filed by members of the public, but these have been turned down due to the nature of the investigation, Smith said.

Smith said that she will speak with the city attorney to find out how to process the requests if the report is made public.

WEBB: SECOND TIME IS THE CHARM?

Councilman Jon Webb didn’t have much to say about the report — at first. The Journal-Tribune first called Webb to ask him how he felt about the investigation. In that phone call, he said he had “no comment” on the report or the manner in which it was handled. But 30 minutes later, he called the J-T back and said he had “changed his mind.” He said: “We learned nothing new in the report. It was a waste of $20,000. It was unnecessary.” He gave no explanation as to why he recanted his initial statement.

MARQUARDT: HAYNES DID A FINE JOB

Blackwell’s vice mayor was unabashedly proud of the work performed by Haynes, saying he felt the counselor acted professionally — and thoroughly.

“I felt that Mr. Haynes did a fantastic job,” Marquardt said. “I thought he did an exceptional job getting all of the bases covered. He got multiple opinions, and I appreciate his professionalism. He had a lot to cover.”

Marquardt said he returned his copy of the report to City Hall last week once he was finished reading it because he felt more “comfortable” having all copies of the report in the same location. At the time of our interview, Marquardt did not know whether other council members had returned theirs.

Marquardt said he believes that the Council will vote to make the report public at some point, but he isn’t sure when that might be. Nevertheless, citing the “need” for the city to be “transparent,” Marquardt said it would be in the public’s best interest to release the report.

The report should be released “if we want to have an open and transparent government,” Marquardt said. “There’s no getting around it.”

But that should only be done, he added, once the report has been fact-checked.

He put it this way: “It’s definitely going to be a good ‘map’ in order to put in checks and balances that were missed or taken away so that this doesn’t happen again.”