Jordan Green reflects on how much tractors mean to him 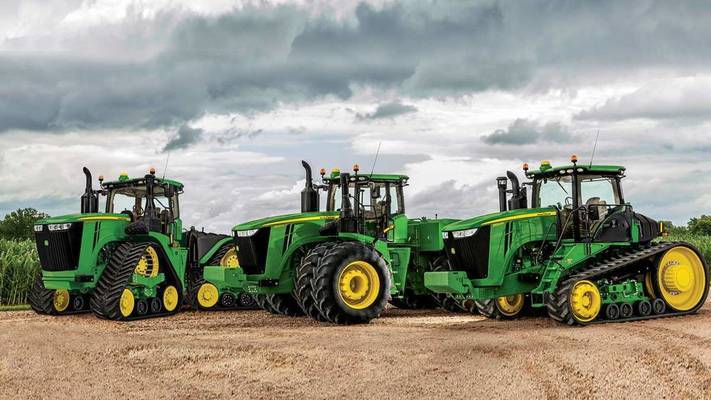 When I was a little boy, I loved riding tractors. The first one I ever rode ― a Farmall H ― belonged to my Papa, who lived out at Sayre, OK. My family and I moved away from Sayre in 2003, but I rode that tractor every time we would go back to visit.

I remember hopping up on the tractor on Saturday mornings. There was always a cool breeze at my back as I sat on Papa's lap, driving down the road at the razin', blazin' speed of 15 miles per hour. He would let me hold the steering wheel, even though I was too small to actually turn it. I would be smiling the whole time.

All of my memories on that tractor with Papa were happy ones, and I never forgot how much I loved it.

When Mimi and Papa moved away in 2012, the tractor was sold, and I never really knew what happened to it. Papa still enjoyed it, but he had nowhere to put it at his new Ramona home. I started collecting tractors of my own in 2016, and I began to wonder: Whatever happened to the 'H'?

In mid-July, I went to Sayre to celebrate my Mimi and Papa’s 50th wedding anniversary. It was truly a momentous occasion. The celebration was held at the church where my grandpa preached for nearly three decades ― right next to the shed where he once parked his old, red tractor.

As I walked around my old stomping grounds, I began to recall all of those childhood memories that brought me so much joy. I wanted to see that tractor again. A part of me wanted to buy it back, but I figured that this was a pipe dream. I told myself, “If I could just see it one more time, I'd be happy.”

With that thought in mind, I knew what to do: I had to ask Papa where the tractor wound up. I kicked my investigative reporting skills into high gear and set out to go find it.
When the party was over, Mimi and Papa got into their car to drive away. But before they left, I knocked on the window and asked Papa, “Who did you sell your old tractor to when you moved?”

He told me that he sold it to a guy named Mike ― whose brother just so happened to be at the church for the party. I ran back inside the church to meet this “Mike” and get in contact with his brother.

So I called that guy, Casey. I asked him if I could just come out and look at the old girl, and he told me he’d be glad to have me stop by his farm the next day ― Sunday, right after church.

I did just that.

When I got there, he took me back to a large, gray barn. When he opened the door, my jaw dropped, and my eyes opened wide: Lo and behold, there was Papa’s tractor.

The old Farmall had not changed a bit. Its shiny, red paint job ― though covered with dust ― still glistened in the sun. I climbed up in the seat, looking out just like I did when I was a boy. I told Casey everything about it.

And then, out of the blue, he said: “If you want this tractor back, it means more to you than it does to me.”

The choice wasn't hard to make. With a firm hand shake, I bought back my Papa’s tractor ― the first one I ever rode and ever loved.

Looking back, that old Farmall ignited within me a love for agriculture that I will have forever. Tractors are an “outlet” for me; they allow me to live out my love of mechanical work. Through that work, I've met some of the greatest people in the world. I've made countless friends, and I've even gained a few “adopted” family members.

Now, the thing responsible for all of that is back where it belongs: in the family.

I've learned a lot from my time with tractors. But of all the lessons learned, the most important are these: Cherish your family's heritage, and never lose sight of the things that make you who you are.

That tractor is a part of my family, and it's in my blood. Now, it'll be there forever.