Riggs OUT as Blackwell Superintendent after tense meeting 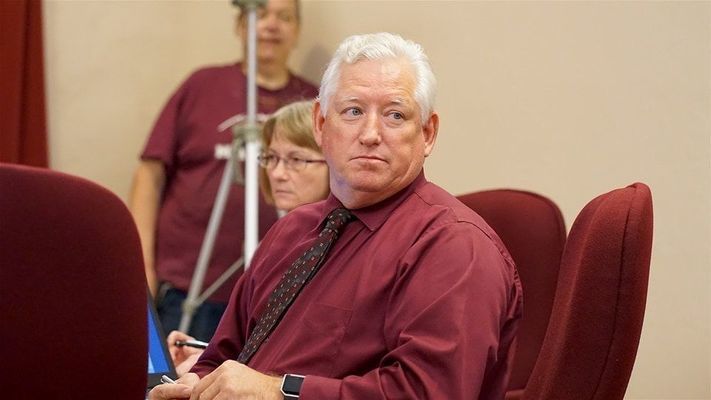 Upon returning to open session, board members voted 3-2 to “modify” the superintendent's contract. Board members Stacey Husted and Angie Prince voted against the modification. Board members Doug Hodges, Phil Green, and Kathleen Brown voted in favor of it.

According to the two-paragraph joint statement – which was agreed to by both Riggs and the board – the expiration date of the superintendent's contract was simply moved up. Riggs was not fired by the board and did not submit his resignation, according to the statement.

“The Board thanks Mr. Riggs for his service to Blackwell Public Schools and wishes him the best in his future endeavors.”

Riggs' contract for the 2019 – 2020 fiscal year began on July 1, 2019 and was originally set to end on June 30, 2020, according to a copy of the contract obtained by the Journal-Tribune. The superintendent's salary for the year was set at $99,250. The superintendent also received a teacher retirement contribution of $9,031.17, and he was given a $4,500 annuity, according to the original, unmodified contract.

Riggs was first hired as superintendent in July of 2014.

Before the board convened in executive session at Monday's meeting, three members of the community spoke to the board, asking the board to reconsider any move to modify the superintendent's contract. One male community member who spoke to the board stood directly beside the board's meeting table, yelled at Brown, and repeatedly pointed his finger at her. He did so until being asked by board member Phil Green to step away from the table and take a deep breath before continuing to speak. The community member continued to yell and wave his finger for a few moments before finally stepping back from the table.

While board members were in executive session, a power outage left the cities of Blackwell, Braman, and Ponca City in the dark. But the meeting went on, and several community members remained in the boardroom until the end of the meeting.

The meeting was adjourned shortly before 9 p.m.