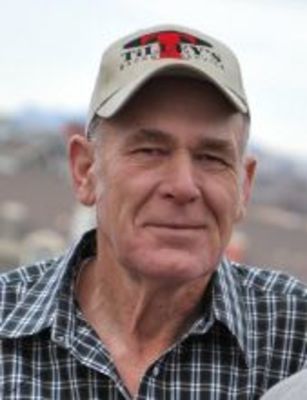 Albert Michael Tilley, 74, passed from this life on July 31, 2019, in Claremore, Oklahoma. Mike was born February 9, 1945, in Blackwell, Oklahoma to Albert Lawson and Patsy Nell (Florer) Tilley. He was raised and attended school in Terlton, spending summers in Blackwell, where his family had a hay hauling business for many years. Mike left school to gain employment and was known as a dependable and hard-working man.

In 1962, Mike worked the construction of Highway 64 around Westport, then also in Blackwell from Braman to Tonkawa. He worked nights at the Blackwell’s Acme Foundry with life-long friends Orville Tarkington and Teddy Orcutt; then hauling hay during the day. It was in Blackwell that he met and married Lois Jean Miller (daughter of Adelbert and Maxine Graham Miller) on February 7, 1965. Their union produced a son, David, thereby bonding them through life.

On February 21, 1970, Mike and Geneiva Kay Barnett (daughter of John and Mabel Wright Barnett), were united in marriage in Pawnee, Oklahoma. The couple returned to Cleveland, before establishing their home just outside of Terlton in the Spring/Summer of 1978. Mike worked many years for Lester Sparks, and when Lester retired, he sold Mike his first backhoe. Tilley’s Backhoe Service was established soon after, and Mike cared for many water districts, cemetery boards, and residential water systems in the area. Mike was ‘on-call’ for thirty years, and rarely missed a day of work or the chance to help anyone who needed it.

Mike was an excellent poker and pool player. He and Kay led a full life of activities from volleyball to spade tournaments; bowling to bingo; horseshoes to traveling (Colorado being a family favorite)... They relished any time spent with family and friends. Mike had roughly one beer a year (on Terlton Fun Day), and his philosophy was “the key to good health was to get at least 30 minutes of sunshine every day.” He loved being outside and insisted there was always something to do, and something to be happy about. He had a kind and generous nature and will be deeply and widely missed by all who knew and loved him.

He is preceded in death by his parents, Albert and Pat; wife, Kay of almost 47 years; two brothers, Jim and David Tilley.

Services for Mike will be held Saturday, August 10, 2019 at 2:00 PM in the Terlton First Baptist Church in Terlton, Oklahoma. Services are under the direction of Chapman-Black Funeral Home. An online guestbook is available at www.chapman-black.com.