IT: CHAPTER TWO and a fantastic year for horror 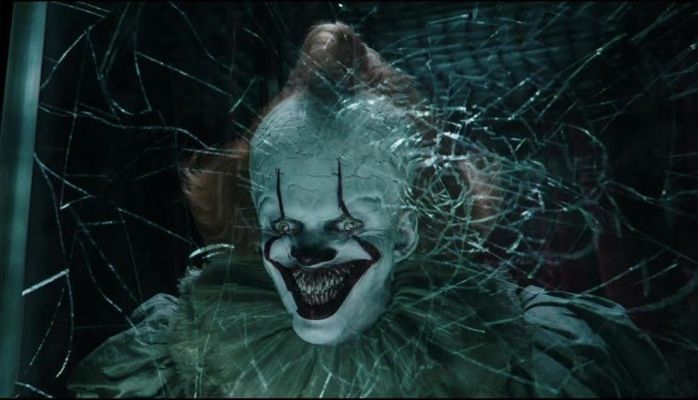 While there were several new release films that came out this past weekend, I didn't get the chance to sit down with either the raunchy comedy GOOD BOYS or the quirky dramedy WHERE'D YOU GO, BERNADETTE, so for my column this week let's look ahead to IT: CHAPTER TWO which will be releasing September 5, with special Thursday night (September 4) showings in Ponca City and Stillwater.

27 years after the events of 2017's IT, the Loser's Club is beckoned back to Derry, Maine when the sinister creature known as Pennywise has woken up to begin feeding once again.

This time around, the peppy young high schoolers of the 1980's are played by a cast of genre-savvy adults including James McAvoy as Bill Denbrough, Jessica Chastain as Beverly Marsh, Bill Hader as Richie Tozier, Jay Ryan as Ben Hanscom, Isaiah Mustafa as Mike Hanlon, James Ransone as Eddie Kaspbrak, and Andy Bean as Stan Uris.

Returning, of course, is Bill Skarsgard as the titular role of Pennywise aka “It”.

The film is already raising eyebrows as it is expected to have a $120+ million dollar opening weekend, which could best the first film's impressive 2017 opening weekend of $123 million.

Rated R and clocking in at 2 ½ hrs, IT: CHAPTER TWO looks to be a huge, mythical, film that will benefit greatly from being the “final piece” of a two-film franchise which means the studio (WB/New Line) and director Andres Muschietti will have nothing to hold back on or lose.

It has been confirmed that we will see the origins of Pennywise, and with the first film's ethereal fairy-tale take on “floating” and “the Dead Lights”, I think it is safe to say CHAPTER TWO will double down on the insanity and wilder concepts. Fans of the novel by Stephen King, obviously, might have an inkling of what to expect.

In 2017 I called IT “one of the most touching modern fairy-tales brought to life in nearly a decade,” and I can't wait to see love triumph evil once again next month.

In my review last week of SCARY STORIES TO TELL IN THE DARK I made mention that IT will be a fantastic bookend to a spectacular year of big-budget horror, and I think that is honestly fascinating. While “mid-sized” films or anything without the Disney mouse-ears on it have struggled in 2019, horror- especially from WB- has thrived.

In March, Jordan Peele's psychological-horror film US debuted to a great haul and positive audience reception, followed by April's update of Stephen King's PET SEMATARY which I mentioned in my review as “heartbreaking and disturbing […] more the former than the latter”. Just a week after we had WB's THE CURSE OF LA LLORONA, which was a micro-budgeted film that stole audience's wallets and kept their children close. LLORONA was great for both Latinx representation, and for expanding WB's 'Conjuring' universe.

In May, horror got super with Sony's BRIGHBURN which I lamented packed “atmosphere, effective gore, and great performances but a shallow amount of depth.” Regardless, the genre is getting experimental. I didn't get to see June's reboot of CHILD'S PLAY, but horror nuts seemed to love it and the box office take was respectable.

That month had “doll-fever” between Chucky, TOY STORY 4, and ANNABELLE COMES HOME. The latter was the “conclusion” of WB/New Line's Annabelle-Conjuring films which I reviewed as “funny, scary, and spiritual”. Last week, of course, gave us CBS Films' SCARY STORIES which I absolutely loved- as did audiences.

Horror might be our last surviving genre, after all is said and done.