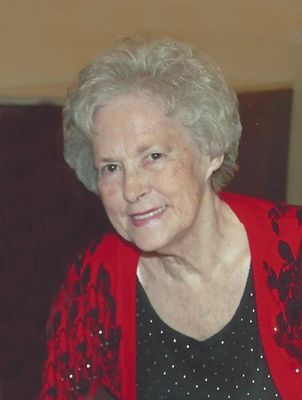 Glenda Kathryn Gardner of Ponca City, Oklahoma, died Sunday afternoon, August 18, 2019, in the Ponca City Nursing and Rehab at the age of 83 years.

Glenda Kathryn Gardner was born on November 2, 1935, in Eddy, Oklahoma, to Fred Ernest and Mable Doris (Whitney) Looper. She grew up on a farm near Eddy and attended rural school before transferring to Tonkawa High School. She married Bob Richard Gardner of January 19, 1952, in Newkirk and they settled in Ponca City before moving to Lakewood, California, where she served her family as a homemaker. She also sold Shaklee Products from her home for several years. In 1982, they moved to Blackwell to make their home and in 2011 returned to Ponca City. She is a member of the Kingdom Hall of Jehovah’s Witness in Ponca City. She enjoyed all family events, especially those that included her grandchildren.

She was preceded in death by her parents; three sisters, Doris Suits, Wilma Tharp and Eva Ray; and three grandchildren, Nannie and Anthony Looper and Chris Urban.

Funeral services are scheduled for 11:00 a.m., Friday, August 23rd in the Roberts and Son Funeral Home Chapel with Russell Rolf of the Kingdom Hall of Jehovah Witness in Ponca City officiating. Burial will follow in the Blackwell Cemetery.

A memorial has been established in her honor with M. D. Anderson Cancer Center for breast cancer research in c/o Roberts and Son Funeral Home, 120 W. Padon, Blackwell, Oklahoma 74631.