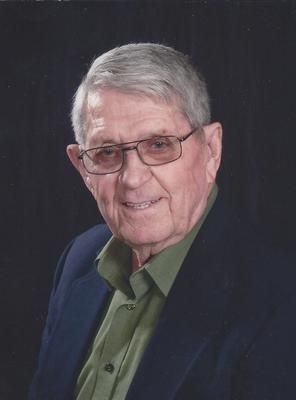 Edwin Charles “Eddie” Heckelsmiller of Blackwell, Oklahoma, died Tuesday, August 13, 2019, in the Willow Haven Nursing Home in Tonkawa at the age of 93 years.

Edwin Charles “Eddie” Heckelsmiller was born on May 31, 1926, in Pollock, South Dakota, to Charles David and Eva (Weber) Heckelsmiller. He grew up attending Pollock Public Schools. He entered the United States Army on January 13, 1945, and served in Japan and the Philippines during World War II. Upon his honorable discharge on November 15, 1946, he returned to Pollock where he later married Ethel LaVerna Vikse on December 29, 1946, and he began helping his father with his carpentry business. They moved to Mobridge, South Dakota, and he began working for Montana Dakota Utilities. The family returned to Pollock where he owned and operated a service station and later built a motel. Following the death of his wife, he moved his family to Oklahoma, where he worked various jobs and ended his career as a mechanic for Kay County. He married Donna Mae Davis on April 11, 1969, in Nardin, and they made Blackwell their home. She preceded him in death in 2016. He was a member of the Nardin Methodist Church, Veterans of Foreign Wars and the American Legion. He enjoyed camping, woodworking and restoring old cars.

A memorial service is scheduled for 2:00 p.m., Wednesday, August 21st in the Nardin Methodist Church with Rev. Steve Davis officiating.

A memorial has been established in his honor with the Nardin Methodist Church in c/o Roberts and Son Funeral Home, 120 W. Padon, Blackwell, Oklahoma 74631.