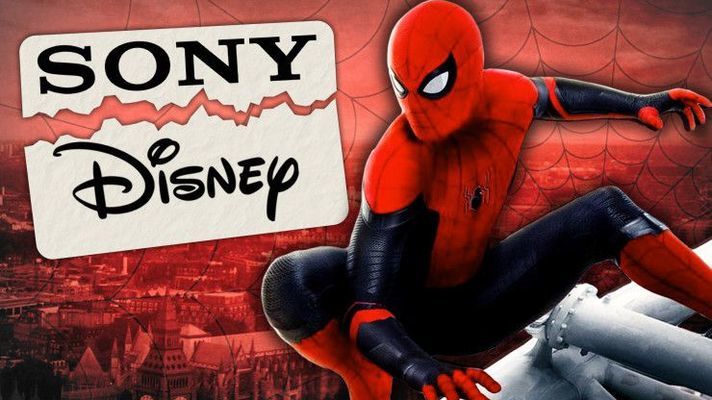 In what could be considered the most iconic moment of 2019 in entertainment news, Hollywood insider site Deadline broke the news last week that the multi-headed hydra known as Disney lost their ticket to Spider-Man as Sony Pictures yanked the webbing back on their prized possession, who has been on lease to Disney since 2015's historic deal that saw Tom Holland cast as Spider-Man, first appearing in 2016's CAPTAIN AMERICA: CIVIL WAR...just days ahead of this weekend's celebrated “D23” Disney convention held by the company.

After failing to get a SPIDER-MAN 4 off the ground in the late 2000's which would have seen Tobey Maguire return as Spider-Man and Sam Raimi back to direct in a film that would have our hero do battle with The Vulture and Mysterio (who later appeared in Homecoming and Far From Home), Sony hit the controversial reboot button and announced in 2010 that British actor Andrew Garfield would don the mask. 2012 saw the release of THE AMAZING SPIDER-MAN, one of my favorites, and then the 2014 sequel THE AMAZING SPIDER-MAN 2.

2014 was a dark time for Sony, and an ill-omen of years to come. Behind the scenes turmoil and a not-so-secret battle for control of the film amongst Sony Execs who wanted TASM 2 to match the ever-growing success of Disney's Marvel Cinematic Universe resulted in a muddled film that, while powerful, wasn't the powerhouse Sony needed or wanted. Spider-Man's brand was seemingly tarnished, with fans and audiences alike weary of Sony's continuing franchise.

Sony scrapped THE AMAZING SPIDER-MAN 3 and a slew of other Spider-centric films in development, and the deal with the Devil- Disney- was made.

In the deal, it was (theorized) to have been stipulated that Disney could have the general "idea" of Spider-Man rather than the full character, which explains why the MCU Peter Parker from his first appearance in CIVIL WAR to his final one in FAR FROM HOME never had an actual origin story (radioactive spider bite), never had any friends like Harry Osborn or Mary Jane Watson (Zendaya was only 'MJ'), why there was no mention of Uncle Ben, and why he was basically a Tony Stark/Iron Man fanboy. Sony, for all intents and purposes, still possessed everything that made Spider-Man...well...Spider-Man.

Since then, though, Sony has been slowly rebuilding the brand in a big way. 2018 saw the release of Tom Hardy's VENOM film (that I called a ridiculous and entertaining time in my review) which ended up grossing nearly $1 billion dollars. That same Fall they also released the incredibly rich and emotional SPIDER-MAN game on the PlayStation 4 which received heaps of awards and became the highest-selling game on the entire console.

Then, the Holiday 2018 release of the animated SPIDER-MAN: INTO THE SPIDER-VERSE (which I described as having "so much genuine heart and soul that it's truly unlike anything the genre has see") ended up giving Sony their triple home-run, ending with an Oscar-win for Best Animated Picture, beating out Disney's INCREDIBLES 2, which was a deafening kick to the face for The Mouse House, who have made that Award "theirs" over several years.

All of this gave Sony reason to believe that they simply didn't need Disney anymore- especially when SPIDER-MAN: FAR FROM HOME released this past summer and became Sony's $1 billion dollar golden ticket to raise the middle finger to the greedy Disney, who wanted strike an obnoxiously greedy 50/50 deal with Sony for future financial grosses. This deal was the straw that broke the Spider's web, and saw Sony in a position of complete power over Disney. Sony walked, taking Spider-Man officially back home.

As it stands, Sony is currently in post-production on their Spider-Man villain pic MORBIUS, based on Morbius The Living Vampire, starring Jared Leto. They are also entering pre-production on VENOM 2, which will see Andy Serkis direct Tom Hardy as Venom and Woody Harrelson as Cletus Kasady aka Carnage. Tom Holland, who has played Peter Parker/Spider-Man in Civil War, Infinity War, Homecoming, Endgame, and Far From Home, reportedly has more films left as Spider-Man, meaning he will likely be going to battle Venom again very soon, without the embarrassing baggage of being “Iron Man Jr”.

Things are looking up, brighter than ever, and I have never been more thrilled to be a Spider-Man fan.