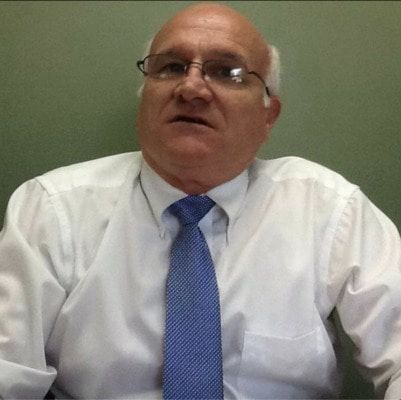 WARNING: THIS ARTICLE CONTAINS INFORMATION THAT MAY BE SHOCKING TO SOME READERS. READER DISCRETION IS ADVISED.

The Oklahoma State Board of Education has suspended the teaching and superintendent certifications of Peckham Public Schools Superintendent Gary Young on an emergency basis after receiving a document in which minors and employees of his school district alleged that the longtime educator sexually assaulted them.

During a meeting in Oklahoma City Thursday, August 22, board members voted unanimously to suspend Young’s certificates after they were given a seven-page application for an administrative complaint, in which multiple individuals accused Young of making lewd comments and unwanted sexual advances toward them.

Brad Clark, an attorney for the applicants, wrote in the application that the Department of Education has received complaints that Young “has sexually assaulted adults and minors, groomed minors for sexual abuse and unfairly compensated teachers in exchange for sexual relationships.”

According to Steffie Corcoran, a spokeswoman for the Oklahoma State Department of Education, the vote was made “to protect students.”

“The board’s action was to suspend the teaching and superintendent certifications of Young on an emergency basis. This gives us the opportunity to ensure student safety by removing the certifications,” she said.

It is unclear at this time whether Young will face any criminal charges related to the allegations, but Corcoran said that due process “can now run its course” thanks to the board’s vote.

State Superintendent of Public Instruction Joy Hofmeister provided a statement to the Journal-Tribune in which she said the board took action regarding Young after receiving “deeply disturbing” information regarding his alleged conduct.

“The Oklahoma State Board of Education prioritizes student safety, and we have recently received information regarding alleged conduct that is deeply disturbing and has led us to suspend his teaching and superintendent certificates,” Hofmeister said.

FIRST COMPLAINT MADE FOUR YEARS AGO

The first sexual assault complaint against Young was made four years ago, according to the application sent to the state board.

According to a report filed with the Blackwell Police Department in 2015, a minor was babysitting a one-year-old child at Young’s home when she began to feel “uncomfortable.”

“The minor claimed that a heavily intoxicated Young approached her, started rubbing her shoulders and she became very uncomfortable. Subsequently, Young continued to rub her, kiss her and then encouraged her to go to the basement with him,” the application stated.

A copy of the police department’s incident report was attached to the application. The Journal-Tribune contacted Blackwell Chief of Police Dewayne Wood regarding the report, but he declined to comment on it for this story.

According to allegations in the application, “multiple” students from the Peckham school district were in situations at Young’s home in which they were “uncomfortable.” One student alleges that Young called her and her friend into Young’s bedroom. In the room, the claimants allege, Young was “laying there butt ass naked.” The claimants said this “weirded us out because he deliberately called us in there.”

Two female students also claimed that Young once called them “hot” and said that the girls should “just get naked and go swimming.”

In another instance, Young allegedly purchased alcohol for an underage female and later asked for sexual favors while on an out-of-state trip with her.

In one instance, a former Peckham staff member alleges that Young “started grinding his crotch on me.”

Young allegedly gave a nine-month-old infant a bath, squirted lotion on the infant, and rubbed the infant’s “private area and labia” in 2009. But his instances with young children didn’t stop there, according to the application.

One claimant alleges that Young took trips with a boy “on or near 2014-15.” The boy returned from those trips with a “red and raw looking penis.”

In the winter of 2019, the report alleges, Young bathed an infant male. The male later reported that Young inappropriately touched his genitalia, the application alleges.

In a series of text messages allegedly sent in June 2019 to an individual who claims that Young sexually assaulted her as a child, Young wrote that he was “sorry” he “hurt” her.

The three text messages are shown here in an unedited format.

MESSAGE THREE: “I do want you to know that I am going to correct my problem. I was wrong and I am sorry it happened. I take full responsibility.”

The Journal-Tribune reached out to the Peckham Public School District’s office on Thursday afternoon, but no one answered the phone.

Lynn Courtney, who was previously banned from meetings of the school board by Young, spoke to the Journal-Tribune Thursday evening. She said she was “celebrating” the state board’s decision.

In August 2015, Courtney appeared at a Peckham school board meeting and distributed copies of the Blackwell Police Department’s incident report to board members. Young sent Courtney a letter – which was dated for the day of the meeting -- saying that she was “belligerent” and engaging in criminal activity.

Courtney denied Young’s claims, and she said she has witnesses to prove that she was not acting as Young said she was. After that meeting, the late Kay County Sheriff Everette Van Hoesen told The Ponca City News that he didn’t think Young could legally ban an individual from public meetings.

Courtney said she hopes the state board’s decision will help the school – and protect children.

“I hope this will make the school better,” she said. “This is something I’ve been working on for a long time. I’ve been working with others to get this done. It wasn’t just me. But [Young] can’t ban me anymore.”