How can you win big AND support the VFW? Cornhole. 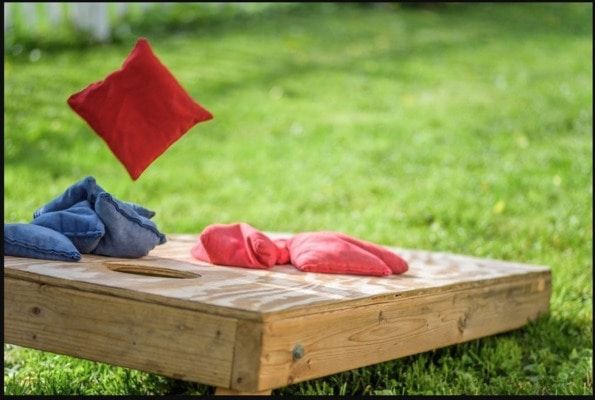 Blackwell Veterans of Foreign Wars Post 2855 will hold its fourth “cornhole” tournament of the year on October 5. But this tournament will be a little bit different.

Cornhole is a popular lawn game where players toss bean-bags into a board with holes in it, according to the American Cornhole League.

This tournament, which has $25 per-player entry fee, will be a “blind-draw.” A competitor enters the contest and is randomly drawn to be on a specific team. After the drawing, the VFW will start “pool play,” and teams will then move into the double-elimination bracket.

Previous tournament winners Dylyn McEachern and Weston Spiva received $75 each for their victories. That tournament lasted from 2 p.m. -- 8 p.m., and over 10 teams competed in it.

“The idea came from members realizing the growing popularity of [cornhole],” said Cory Ingram, senior vice commander for the VFW. “The lack of organized events in the area, mixed with coming up with fresh and engaging ways to reach the community, got us to host the first tournament earlier this summer.”

Entry fees for the October 5 tournament are due by October 3. They can be paid at the VFW's bar, located at 1006 West Ferguson Avenue, and they may also be paid by contacting a VFW member.

All proceeds from the tournaments are used by the VFW to fund Memorial Day and Fourth of July events, bean feeds, and Bingo games. The organization also uses those funds to assist military families in need in the Blackwell area.