Jordan Green breaks down the "stigma" of teaching 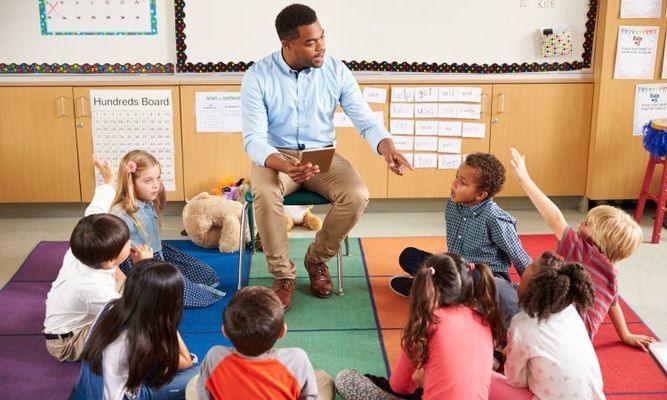 By 1 p.m. Monday, this college freshman had already finished his classes for the day. After they were over, I sat down to chat with one of my professors.

“How are your classes going?” he asked.

“They seem to be going well,” I replied. “Biology will be my hardest class, though. I’m not a ‘science’ guy. And I only had one certified science teacher in high school.”

“That sounds like something you need to talk about,” he said.

The situation I lived through as an Oklahoma high school graduate is not at all uncommon. Every day, thousands of students are sitting in classrooms staffed by non-certified teachers -- right here, where the wind comes sweeping down the plains. Instead of being filled with teachers who have traditional certifications, many classrooms across the state are led by teachers with “emergency certifications.” Basically, if you have a college degree of some sort, you can get such a certification and become a teacher. These certifications are granted by schools desperate for someone to show up and provide students with some semblance of an education.

Even though things have changed a lot in Oklahoma education over the last year, the number of emergency certifications continues to grow. According to a recent study by the Oklahoma State School Boards Association, the state of Oklahoma – which has become known as one of the worst states in the nation for education – approved a total of 3,038 emergency teacher certifications last year.

That’s 3,038 individuals who are not trained in classroom management, developmental disabilities, or even basic learning concepts – and they’re teaching your children. They taught me.

Before I go any further, let me say that I am grateful that someone wants to come into our schools and teach. It is a noble thing for people to step into the classroom in order to fill a void, but good intentions can only go so far when it comes to educating our future leaders.

The reason that we have so many emergency certifications is because we have so few certified teachers in the state. For years, Oklahoma has offered its teachers salaries far lower than those of surrounding states. But despite measures to raise pay and increase classroom funding, our state is still “bleeding” teachers.

And no, those results are not merely the grumblings of frustrated school administrators who are angry at the state. The OSSBA’s study showed that the state will have nearly 600 teacher vacancies this year. Schools couldn’t even find emergency certified teachers to fill those jobs. That’s up from 494 vacancies last year, per the OSSBA’s data.

In short: We still can’t get teachers. But teachers received pay raises last year and this year, so what gives?

Perhaps it’s not all about money.

We’re going to have to continue increasing teacher pay, no doubt. But we’re also going to have to work to change the stigma surrounding our state’s education system. For so long, Oklahoma has been known as the “worst of the worst” for education. We are changing that, but people don’t see it. And why would they? For the last several years, the word “education” in the Sooner State has been tied to budget cuts, emergency certifications, and – in some cases – poor student outcomes.

It’s not a well-kept secret, either. The national spotlight is still shining on the challenges our schools face, and that kind of attention is disheartening to educators. No matter how hard they work to improve our school systems, many people will still have a negative view of their work. How demoralizing is that?

Then you’ve got the fact that so much of the entertainment industry has little to no respect for education. How many movies and TV shows have you seen where teachers are portrayed as failures? And how about the stereotypes surrounding “nerdy” kids? They never look cool.

Hollywood isn’t helping anyone, and movies like “Bad Teacher” are merely compounding the problems we face in Oklahoma. Still, we have our own demons. If you don’t value your teachers by paying them a respectable wage, you produce students who become legislators that don’t know any better. And yet we wonder why we’re still groveling around in the metaphorical wastebasket in which we have been tossed for so many years.

Teacher pay is still an issue here. But stigmas have just as much to do with the problem.