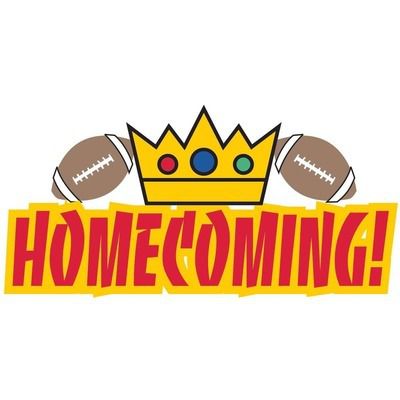 September is Blackwell's busiest month, and for good reason, because after the merry goes round and the crews load up their rides from the Kay County Fair, Blackwell's sons and daughters come back for Homecoming just a few weeks later- September 27.

Homecoming weekend will begin Friday September 27 with the alumni coffee in the BHS Study Center at 10 a.m followed by the Blackwell School Foundation Luncehon being held at the Kay Room on West Doolin from 11 a.m – 1 p.m.

At 1:30 p.m. The Homecoming Assembly will be held at the BHS Auditorium and at 4 p.m Main Street will be host to the annal Homecoming Parade with lineup being held at the Co-Op.

Following the parade at 6:30 p.m the Coronation for Football Royalty will take place at the Blackwell High School field with kickoff against Kingfisher taking place at 7 p.m. Saturday night will feature the first annual new event, the Homecoming Downtown Block party.

Those coming into town will have three lodging options from local hotels offering discounted rates if “Blackwell Homecoming Rate” is mentioned.

Best Western on 4545 White Ave- just off I-35 and behind Los Potros- is offering $59.99 a night and can be reached at (580) 363- 1300. Best Western is a multiple-award winner including receiving TripAdvisor's 2019 Certificate of Excellence, as well as being ranked the #1 hotel in Blackwell from the site.