The Fair is coming! What to expect next week: 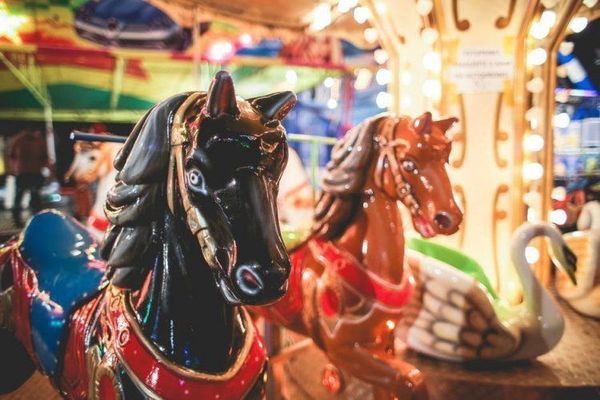 8 a.m Tuesday morning will see the entries for 4-H (Domestic, Ag) taking place through 6 p.m with the OHCE Judging beginning at 9:30 that morning. Horse show entry at the Arena will take place from 4 p.m until 7 p.m. Then, at 5:30 p.m the Fair will “officially” begin with the opening ceremony held at the flagpole just outside the Event Center, featuring the Blackwell High School band.

Northern Oklahoma College's singing dance troupe the Roustabouts will perform at 7 p.m on the Main Stage.

Tuesday, Wednesday, Thursday, and Friday will see the Chainsaw Carvers perform at 5 p.m. Doc Crawford's “Medicine Man & Wild West” show being held hourly from 5:30- 8:30 p.m The “Fetch-n-Fish” show will take place at 6 p.m through the week.

Wednesday will see the 9 a.m. Judging of domestics, 4-H, Ag, planets, and chickens with the cattle show following at 10 a.m in the Whitman Arena. 30 minutes after the cattle show the hog show will take place in the Livestock Pavilion. Beginning at noon (through 6 p.m) the crop ID contest will be held in the Expo Building.

Thursday will start with the 10 a.m sheep show and the goat show to follow 30 minutes later. The Friends of the 1893 Land Run will be holding a covered dish luncheon at the Kay Room on Doolin at noon with a special program hosted by local historian Terry Whitehead to be held at 1 p.m.

That afternoon the livestock pens will be cleaned up at 5 p.m. Following that the “Tractor Driving Contest” will begin at 6 p.m. Followed by the Mutton Busting in the horse arena at 6:30. Thursday will end with a performance by Evan Michaels on the Main Stage.

Friday starts at 9 a.m with the livestock judging. At 5 p.m. The Blacksmith demonstrations start and Jory Bladgen will perform at 7 p.m.

Saturday will begin with a 9 a.m. Horse show. The Blacksmith demonstrations will run from noon until 8 p.m. Also beginning at noon will be the pedal pull signups. At 1 the Pedal Tractor Pull will take place. Biskett will perform on the main stage at 4 p.m. With 51 Junction performing at 8 p.m with the evening being topped off by dusk fireworks.