Review: IT: CHAPTER TWO is a "spectacle of weirdness" about facing trauma 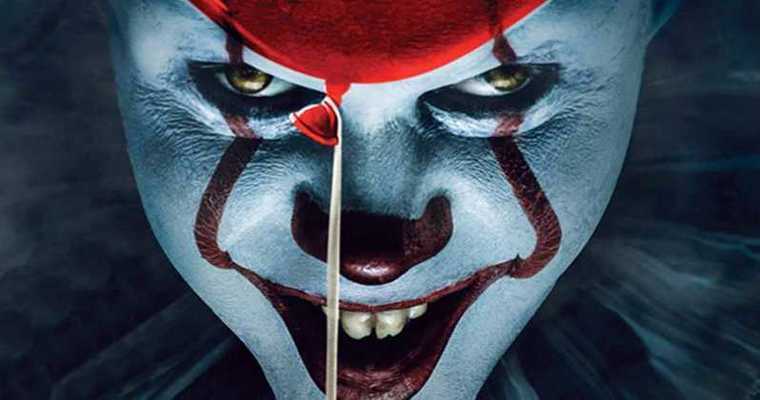 IT: CHAPTER TWO opened this past weekend nearly two years to the day after 2017's IT tantalized and terrified audiences with the story of a rag-tag group of prepubescent teenagers in the late 1980's who do battle with a villainous and cannibalistic clown named Pennywise.

Now, 27 years later, “The Losers Club” returns to Derry, Maine after discovering that Pennywise has returned and is killing his way through the sewers of streets of Derry once more.

This time, the Losers are older, and a bit more world weary. Bill Denbrough, who famously lost his little brother Georgie to Pennywise, is now a successful writer played by X-Men star James McAvoy.

Jessica Chastain takes over from Sophia Lillis as Bevery Marsh, the victim of sexual and physical abuse by her father, now trapped in an equally abusive relationship with a Chicago fashion designer.

Rounding out the losers we also have Isaiah Mustafa as Mike Hanlon, who stayed behind in Derry to wait for IT's return and to run the library; Jay Ryan as Ben Hanscom, a former overweight kid who fell in love with Beverly, competing with Bill for her affection; James Ransone as Eddie Kaspbrack a hypochondriac who grew into a risk assessor in NYC married to, essentially, a spitting image of his overweight, overprotective, and overbearing mother; while Andy Bean plays Stanley Uris.

Director Andy Muschietti and writer Gary Dauberman gave 2017 one of it's most successful, endearing, and charming films with “IT”, and for the sequel it appears Warner Brothers let them do WHATEVER they wanted. IT: CHAPTER TWO is a nearly 3-hour, R-rated spectacle of weirdness. It is a bloated, bizarre experiment that does not terrify or induce gasps...but it works. It embraces the kitschy ridiculousness of Stephen King's novel, and manages to yank the membrane of 2017's prequel along for the ride. It's a weird, grandiose tribute to itself, and to friendship.

“IT” was never scary. “IT” was a story about being scared. About children who face trauma of both the natural and supernatural, but find themselves along the way, and forge bonds with each-other that cannot be ripped away by the menacing evil of Pennywise. IT: CHAPTER TWO is a film about adults facing their past- their traumas, doubts, insecurities- and finally being given some catharsis. Closure. Body image issues, sexual abuse and bullying, orientation insecurities...all of these come into play here, and none of them are handled cheaply.

The film is handled expertly by director Muschietti who brings some striking visuals and some expertly done transitions, especially at the film's beginning when Pennywise claims his first victim, and when we're bouncing across the United States to catch up with the grownup Losers. Andy's eye for visually rich scares come in heavy with a particularly fantastic scene in the high school, and when the Losers are all being tested mentally in Pennywise's layer.

Performance-wise, Bill Skarsgard proves himself once more to be a genre-defining icon as Pennywise. He doesn't have as much to work with in this second installment, but a few top notch scenes include a creepy encounter with a sweet little girl under some bleachers at a football game and a shockingly brutal introduction with a victimized gay man, as well as one scene where we see Pennywise sans-makeup that will leave a lasting impression.

The real one to watch here, almost entirely working as the film's top selling point, is Bill Hader's emotionally rich, comedic, and overwhelmingly sympathetic turn as Richie. Critics have been mentioning potential Awards talk for him, and I'm honestly in support of it.

His foil here being his dear friend Eddie (James Ransone) and their everyman dynamic works wonders in the face of the bizarre world that comes along with Pennywise. I think they key to adapting anything by “writer” Stephen King is to avoid a straight-faced handling of the material. Anyone who has ever read the thousand-plus pages of “IT” will be eager to tell you about Pennywise's various monster forms, the childhood orgy where the tweens all have sex with Beverly, the gigantic space spider and cosmic turtle, but no one will tell you if they actually cared about what was happening.

With CHAPTER TWO, Muschietti and screenwriter Dauberman take the basics of King's work- much like the first film- and stop trying to pretend it is terrifying. Things that scare us as kids like mummies, spiders, nasty creatures, and ghoulish visions don't continue to frighten us after we realize they aren't real. Growing older is scary enough. Losing connections with childhood friends, moving away from home, losing your chance at confessing your affections to the love of your life, and falling into a cycle of old abuse are what terrifies us as adults.

CHAPTER TWO realizes that, and makes the film an ode to growing up, something relatable, something touching and emotional. And, of course, there's creepy clowns and sinister things that go bump in the night as well. If you're planning to take this trip to Derry, don't come in expecting a thrill-a-minute horror spectacle. Expect something weird, wonderful, and strangely in touch with it's own humanity.