Railroad reminds photographers to stay off the tracks 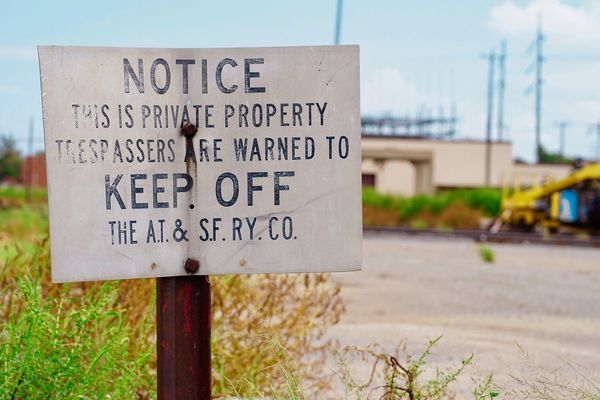 For some high school seniors, railroad tracks are the perfect place to take senior pictures.

They’re also the perfect place to commit a crime.

As students return to school across the nation, officials with railroads and railroad safety organizations are asking students and adults alike to stay away from railroad tracks when taking photos.

Railroad tracks are privately-owned pieces of property, and those who trespass on railroad property can be arrested or fined for doing so. In Oklahoma, the maximum fine for trespassing is $250. If you trespass on private property and damage it, you could spend up to 30 days in jail.

But legal ramifications for trespassing are not the main reasons why the railroad industry is reminding people to stay away from the tracks.

Each year, hundreds of individuals trespassing on railroad property are injured or killed. According to the Federal Railroad Administration, 1,050 people were injured or killed while trespassing on railroad property in 2018. On average, that’s three people per day – and that number includes individuals who were killed while taking photos.

While some railroads are busier than others, the dangers of trespassing don’t go away at smaller railroads.

Scott Nauer is the general manager of the Blackwell Northern Gateway Railroad, which

operates approximately 35 miles of track between Blackwell and Wellington, KS. He said that trespassing on railroad tracks – even when they aren’t being used – is dangerous.

When Nauer catches someone trespassing on railroad property, his first step is to speak to the offender. He will call the police if necessary.

“Typically, we’ll talk to them and ask them not to trespass in the future,” he said. “If they’re repeat offenders, we may ask the police to get involved.”

While some larger railroads will demand that individuals remove photos they took on railroad property, not all railroads do.

“We currently do not [have that policy],” Nauer said. “But if it became a big problem, we might look into that.”

Nauer said that those wanting to take railroad-related photos are free to do so at the historic railroad depot on Blackwell Avenue. The depot belongs to the city, not the railroad.

“The depot is fine, as long as they’re staying off the tracks,” Nauer said. “Trains and work equipment do actually sneak up on people.”