Cap's Corner: Why do we judge each other? 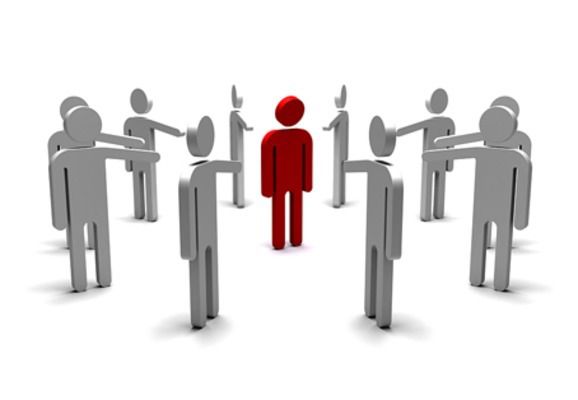 This got me to thinking: why do we judge? The simple truth is because it is part of our nature. Now, I am sure people smarter than me can point out that it is one of our “survival” instincts: to have been successful as a species, we have to have the ability to recognize who and what is a friend or an enemy to us. Deciding what will kill us and what will not is a highly developed survival skill that is very much a part of our human nature.

When you realize that 99 percent of every living thing that has ever existed on our planet is now extinct, you understand just how brutal life on this planet is. I look out my window, and across this lovely field, I see the tree line that runs along the creek. From the comfort of my home, I see a peaceful setting, but that is not the reality. Even the trees that are growing along the creek are at battle every day of their life. They are fighting against other trees, plants, and even animals to not only try to stay alive, but also to gain all of the natural resources that they need.

Now, a tree can’t walk, and it has no brains to rationalize and identify what is good for it and what is bad for it. The tree is just a tree. But animals can do this, and if they want to live another day, they have to do it well. Humans have learned to do this, and that is why we are still here today. The trouble comes when we judge from a wrong perspective.

This was one of the major arguments that Jesus has with the Pharisees. The Pharisees judge by the letter of the Mosaic Law, whereas Jesus says we are to judge by the spirit of the Law. When he asks the Pharisees whether the Sabbath was created for man or whether man was created for the Sabbath, he is forcing them to look at the Law with a new perspective. Jesus is saying that the Sabbath was created to ensure that man had a day of rest each week for the wellbeing for man. But what happens if life doesn’t “fit” in the little narrow thinking? Sometimes, the Sabbath has to take the back seat for the wellbeing of man.

In John 7:24, Jesus says, “24 Stop judging by mere appearances, but instead judge correctly.” The ultimate question in this issue is: what is the correct way to judge? Well, I already told you the answer -- it is according to the spirit of the Law. The Law was created for the wellbeing of man. If you look at the dietary laws in the Old Testament, you can see that God was teaching these ancient people how to live a long and healthy life. The wellbeing of man should become the perspective from which we are to judge.

A good example of this would be drugs. When used properly, drugs can be a good thing – modern medicine surely has helped the wellbeing of man. However, when drugs are misused, they can become not only bad things, but also evil things. The misuse of drugs destroys lives, ruins relationships, and brings nothing but death and destruction on a huge scale to those affected.

Martin Luther King Jr. had it right when he said that he hoped that his four daughters would live in a nation that did not judge them by the color of their skin, but by the content of their character. A KKK member judging a man because of the color of his skin would be similar to the Pharisees judging by the letter of the Law. They are both wrong, but if you judge according to what is the wellbeing of man, it changes everything. The KKK member hates a man that he happens to see just because of his race. But the next time he sees that man, it is in the hospital where that African-American surgeon just saved his life … the wellbeing.

Like the Pharisees, we all are wearing our own “lenses” that cloud our judgments. It is only God Himself that can judge correctly: He knows not just our deeds, but our hearts as well; He knows whether we have been good for the wellbeing of man or not. Let’s pray that we have.