Casey's is back in business following remodel 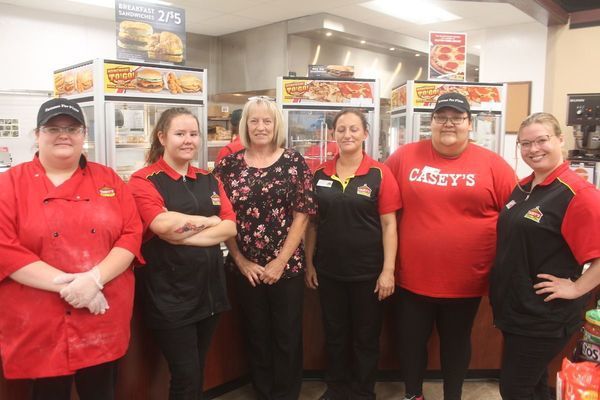 Nine months ago, Casey's General Store bought the former Domino Gas Station located at the intersection of Doolin Avenue and 44th Street. And after completing an extensive remodeling project, the store is back in business.

The local convenience store opened at 6 a.m. Thursday after being closed for the 30-day project. Casey's now has a fully-furnished kitchen area in which to prepare the chain-store’s iconic pizza and sandwiches.

“We're very excited to be fully in business here in Blackwell,” said Ramona Gifford, area supervisor for Casey's. “Our Blackwell location will now be offering pizza, breakfast food, donuts, and more, all made from scratch every morning to greet hungry customers.”

Darci Fonseca, the store’s manager, said she was thrilled to be open for business.

“We have about 30 employees here, and several came with us from the Domino team as well,” she said. “We're still hiring and looking forward to bringing more people on. We’re extremely hopeful for the future, and looking to do very well.”

A grand opening for Casey's is set for September 27. It will include a “spin-the-wheel” game for prizes like food and merchandise. Prize-drawings will also be on-hand for the event.

The store will still be open 24 hours a day.

The Iowa-based Casey's is known for its pizza, and the store’s online menu boasts of several variations of pizza, such as: taco, mac n' cheese, vegetable, BBQ beef, bacon-cheddar, and buffalo chicken.

Other items from the Casey's kitchen include: burritos, hamburgers, sub-sandwiches, wraps, and salads. Breakfast items including hash browns, sandwiches, burritos, breakfast bowls, and biscuits and gravy will also be offered.

Casey’s new location near Interstate 35 won’t be the only Casey’s in town. Casey’s has also purchased the former Sonny Cannon automotive dealership on East Doolin Avenue, and construction work is expected to begin there soon. The Doolin location is marked as “opening soon” on the company’s official website.

The Casey’s chain of convenience stores began in 1959 in Des Moines, Iowa. It now has over 2,000 locations throughout the Midwest.