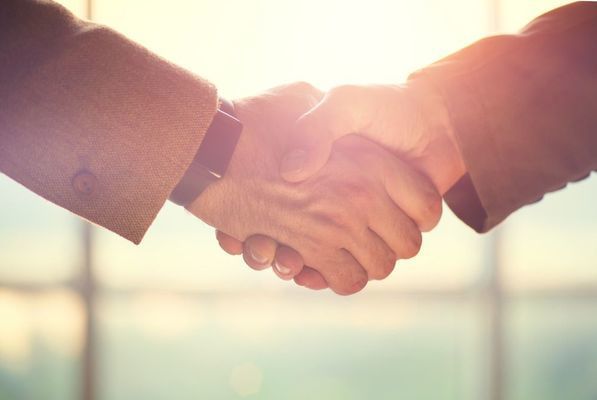 If I could use one word to describe myself, it would be “southern.”

I was born in Oklahoma, and I’ve lived here for my entire life. Since I was a wee little kid, I’ve chowed down on homemade biscuits and gravy. I’ve lived in small towns, worked on farms, driven four-wheelers, and spoken with a soft, low drawl. Most importantly, it’s in my nature to greet folks I meet with a firm handshake and a warm “Howdy!”

For me, greeting people is just a part of my daily life. Whether I’m walking down the street or just across campus, I smile and wave to the folks I see, even if they don’t do it in return. I’ve never done it for any particular reason. I guess I just do it because my dad and mom raised me that way.

To me, being courteous is nothing out-of-the-ordinary. I never thought any of that would be meaningful to anyone else. But I’ve since learned differently.

On Thursday afternoon, I was sitting in my freshman orientation class. It’s where we learn about how to manage our busy college lives – and it’s filled with people I don’t know. I’ve seen them around school and greeted them like I would anyone else, but that’s about it.

In class that day, we played a “game” of sorts. Each person was to take a card, write down something nice about another person in the room, and then take the card to that person.

I thought it was a well-intentioned game, but I really didn’t expect much to come of it for me. I hardly knew anyone there. What could they even say about me? Would they even know who I am?

I wrote down a compliment about the lady I sat next to, and she liked it. Then I opened up a book and started reading. For me, I thought the game was over.

But then, out of the blue, someone came up and handed me a card.

“I appreciate how nice and welcoming you are to everyone around you,” the card said.

I turned around to say “Thank you” to the writer. Just as I did that, someone else came up with another one.

“I appreciate your good attitude all the time,” it said.

I was surprised. Two people whom I barely knew said I had done something to make their days better. But that wasn’t the end of it.

I was shocked. Here I am, just doing what I’ve always done, and people say I’ve made a positive difference in their lives. Just by flashing a smile and speaking a kind word or two, I made someone’s day better.

And the best part? So can you.

Being friendly is more important to people than you might think. People want to know that someone cares about them. In some cases, knowing that someone values you is the difference between life and death. More often than not, people are facing problems we have no idea about. They feel alone, hurt, and broken. They need to know that someone is there for them. You can show them that you are with just a few words and a hug.

Even if you’re having a bad day, that doesn’t mean you have a reason to be rude. I believe that what goes around, comes around. If you’re nice to people on their “down” days, they’ll be nice to you in return. Seems to work for me.

Here’s the best part about all of this: You don’t have to take any time out of your day to do it. You can greet people as you walk to the break-room, and you can greet them in the grocery store. Better yet, it’s free. It costs nothing to greet someone and show them that they matter to you.

Today, I hope you’ll get out, greet some people, and make their day a little bit better. They’ll appreciate it, and you’ll be glad you did. Few things are more important in life than helping others, so let’s set out to do that today: Let’s all show someone we care about them.

After all, that’s what we southern folk do.