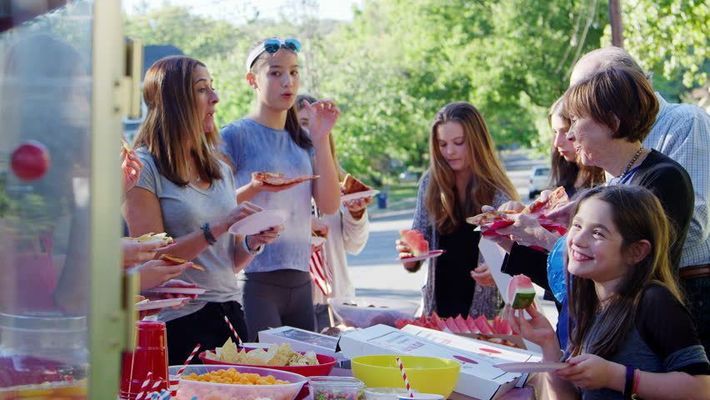 Blackwell is about to have a new annual tradition to add to the list for Homecoming with the city's first annual Downtown Block Party at the “Pocket Park” on North Main Street this Saturday, September 28 from 10 a.m until 2 p.m between Oklahoma and McKinley.

Jerry Wieland, Code Enforcement Officer, said the idea was City Manager Janet Smith's and started in the hopes of making an iconic new event for Blackwell's sons and daughters to participate in every Fall.

“Janet let me spearhead the event for her, being a Blackwell alumni myself from the Class of '92 and knowing firsthand how important Homecoming is here.” Jerry spoke in his office this past Monday, “It's been an 'all hands on deck' experience, Janet nor myself could have done it alone.”

The Block Party was planned to act as a “breather” for classes and citizens that might be swamped with events Friday and Saturday, and will be used to officially rename the Pocket Park into The Maroon Park.

“We planned it to run from 10 a.m. To 2:00 p.m. so that classes wouldn't have to rent a park or space to see each-other before going golfing or any of the numerous Saturday traditions alumni have,” Wieland explained. “Friday is obviously impossible to get anything done, so that was never going to happen.”

The Block Party is planned to be exactly that, a block party. According to Wieland they will be blocking off Main and Blackwell, Oklahoma and 1st, Oklahoma and A, and McKinley and Main Street to accommodate the event.

The Block Party will have live music, bounce houses, corn hole boards, the BHS band performing, foodtrucks including El Torito by Victor Fuentez, and will see Prairie Smoke BBQ and The Lunch Box open as well for the event. A dedication ceremony for the “Maroon Park” will be held at noon.

“The Block Party is a way to bring everyone together, it's a way for people to sort of take a break from the breakneck Homecoming weekend and have a chance to relax, get some food, and visit. We want everyone in Blackwell to be a part of this, not just returning classes.”