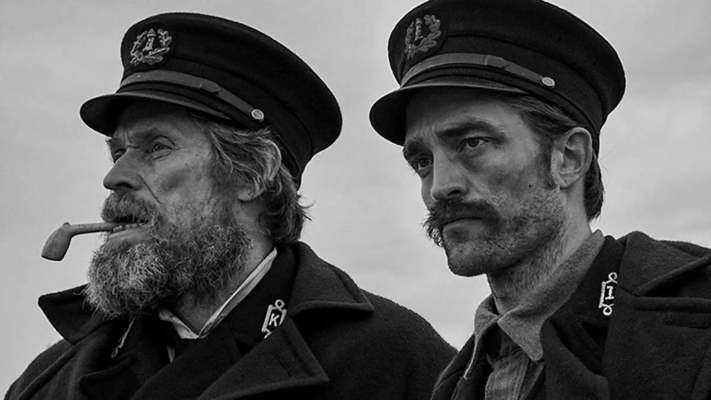 Fall is in the air- that means pumpkin spices, pumpkin pies, pumpkins on fire, pumpkinheads, those little snack cakes shaped like pumpkins...a lot of pumpkins.

But that also means 2019 is almost over, and in terms of film we have some major hurdles to get past before anyone can feel comfortable enough making their “Top 10” lists! So let's look at the remainder of the year's big juggernaut releases.

This Friday, October 4, will see the release of DC and WB's JOKER film, directed by Todd Phillips and starring Joaquin Phoenix as the titular Batman villain in an R-rated and gritty origin story that is more “Taxi Driver” than “The Dark Knight”.

JOKER follows societal outcast Arthur Fleck, a struggling comedian who exists on the fringes of society until a harrowing turn of events sends him on a downward spiral into blood-soaked insanity as Gotham crumbles under the weight of a harsh class warfare and Arthur dons a new title- Joker- as he rises to become the city's prince of crime.

Also in October is Robert Eggers return to psychological horror as his follow-up to THE VVITCH is released. THE LIGHTHOUSE sees Robert Pattinson and Willem Dafoe as two mentally unstable lighthouse keepers who slowly lose their minds on the cold, wet, New England coast in a world where sea-faring myths and monsters are very, perhaps too, real.

THE LIGHTHOUSE looks darkly comedic and terribly unsettling. It is shot in black and white and on film, to make the feature more engrossing and immersive.

Stephen King die-hards will rejoice in November with the release of DOCTOR SLEEP, the long-awaited followup to THE SHINING which sees Danny Torrence (Ewan McGregor) all grown up as he returns to the infamous Overlook Hotel while protecting a mysterious little girl who is gifted with paranormal powers- or 'The Shine' like him- only to be hunted by a dangerous cult.

November will see two Sony films with CHARLIE'S ANGELS and A BEAUTIFUL DAY IN THE NEIGHBORHOOD. The former is a reboot/sequel to the TV series and the two early-2000's action flicks and stars Kristen Stewart as well as Elizabeth Banks. The latter see sTom Hanks as Mr. Rodgers and looks like a real tear-jerker, so expect to see that popping up when Oscar season hits.

The year comes to a close with JUMANJI: THE NEXT LEVEL and STAR WARS: THE RISE OF SKYWALKER, dueling for box office supremacy.

JUMANJI follows 2017's hilarious action-comedy where Dwayne Johnson, Jack Black, Karen Gillian, and Kevin Hart return as the video-game avatars in the retro video-game “Jumanji” only this time Donald Glover and Danny DeVito are along for the ride.

RISE OF SKYWALKER is the conclusion to the Star Wars saga and will see Rey and the Resistance doing battle with Kylo Ren and The First Order, as well as the mysterious return of a deadly foe in the form of Emperor Palpatine.