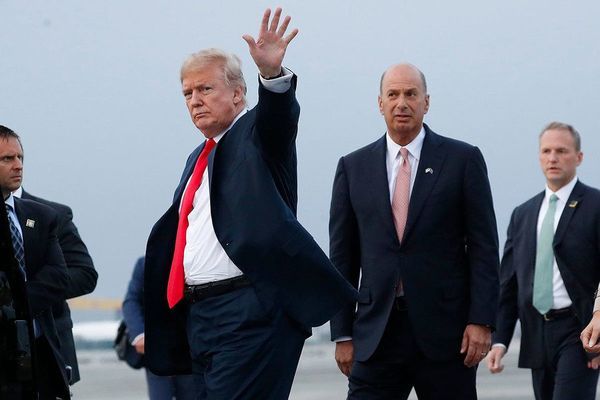 Democrats on Capitol Hill are hoping to impeach President Donald Trump with information released by a whistleblower in late September. This week, I’ve compiled statements from some of Oklahoma’s U.S. senators and representatives to see where they stand on impeaching the U.S. president. Here’s what they had to say.

“Democrats have been conducting an impeachment investigation for months, and they’ve been investigating President Trump since he took office,” Inhofe said. “[The] announcement by Speaker Pelosi, while an escalation of Democrat smear tactics, is nothing new. It just proves, yet again, that they are desperate and singularly focused on discrediting and delegitimizing President Trump, no matter what, in spite of his successes with the economy, military and judges.”

“Speaker Pelosi and her fellow Democrats are doing an enormous disservice to the country by recklessly pursuing a partisan impeachment inquiry that puts the priorities of their Caucus ahead of the needs of the American people," said Cole. "Whether right or wrong, it’s clear that House Democrats have already decided what they want to believe. This is an alarming disservice to the American people, who rely on their lawmakers to seek the truth – not politically motivated smear campaigns.

“As an elected body of members entrusted with defending the Constitution, the People’s House should be working to actually improve the lives of the American people. Unfortunately, Democrats are set on condemning the president at every turn and in the process damaging the House as an institution.”

“The left has proven that they can and will spin anything into an impeachment frenzy,” said Hern. “Their MO is to call for impeachment first and sort through the facts later. They wasted two years and tens of millions of taxpayer dollars investigating the President’s ties to Russia during the campaign, promising it would lead to incrimination and impeachment, but found nothing. President Trump has been a successful and effective President. [O]ur booming economy is proof that his policies work. But the Democrats will do anything to halt his progress. They’ve wasted their first nine months in the majority – they have no legislative accomplishments to speak of.

“Instead of showing leadership for the American people, they cannot take their focus away from impeachment and halting President Trump’s success. Today’s announcement is just another ring in their impeachment circus, further proving that their caucus is dysfunctional, chaotic, and blind to the desires of the American people.”

“It is time we find a bipartisan path to bring people together and get to the truth in an honest and methodical manner,” Horn said. “To do that, we need all of the facts. This should be a detailed and responsible investigation and not one conducted in a media circus. Americans are tired of finger pointing. We should do the job we were sent here to do.

“I believe the testimony from the Director of National Intelligence on Thursday is essential to help us learn what happened and when. The rule of law also requires the administration to release the whistleblower report. Our nation has laws to protect whistleblowers and to protect the security of our elections, both of which are fundamental to our democracy.”